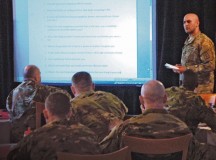 Around 30 senior enlisted leaders from across the 21st Theater Sustainment Command shared ideas, discussed challenges and engaged in a lively professional dialogue designed to improve systems and build more cohesive teams during a seminar held Jan. 20 to 21 on Vogelweh. 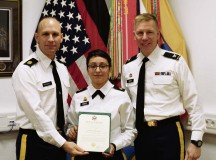 She’s a thinker. She’s a planner. She sets goals for herself and carries through. She knew in her heart what her goals were from the early age of 13, and she has accomplished them all, and more. 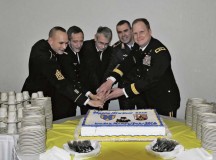 Allies usher in 2016 at TSC reception

Around 300 key allied military leaders, governmental and civic officials, family members and well wishers marked the achievements of 2015 and looked forward to an even better 2016 during a dynamic 21st Theater Sustainment Command New Year’s Reception held Jan. 8 on Vogelweh. 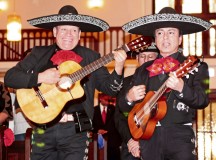 Around 100 U.S. military and family members serving in the heart of Central Europe honored the “Patroness of the Americas” during a lively and eclectic celebration punctuated by Spanish prayers, English mass, Latin dance, Mexican music and an international potluck luncheon held Dec. 12 on Daenner Kaserne. 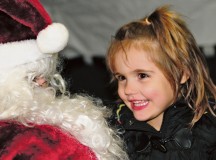 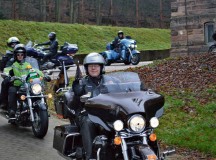 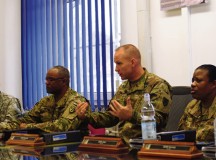 Retention noncommissioned officers and career counselors normally focus their energies on retaining the best. But “re-up” NCOs across the 21st Theater Sustainment Command strove to be the best during a Retention NCO and Career Counselor of the Year competition conducted in November and early December. 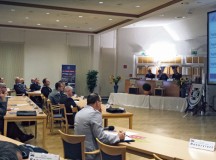 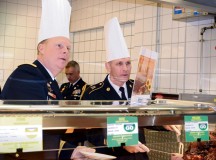 They may ride motorcycles rather than sleighs, and regulations do not permit an abdomen shaped like a “bowl full of jelly,” but members of the Warrant Officers Association, Rheinland-Pfalz Silver Chapter, along with family members and volunteers, emulated Saint Nick in a good cause during a succession of charity events culminating in a “Toy Run for Kids” slated for Saturday.