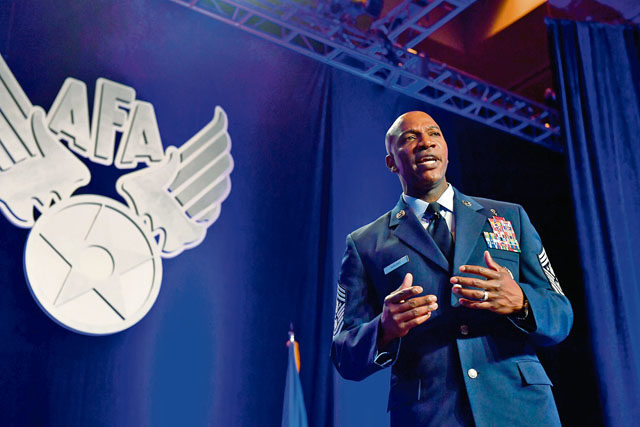 ORLANDO, Florida — Chief Master Sgt. of the Air Force Kaleth O. Wright addressed the areas in which he looks to focus on during his tenure as the 18th chief master sergeant of the Air Force at the Air Force Association Air Warfare Symposium March 2 in Orlando.