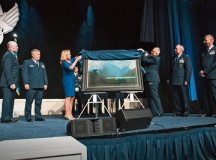 AFRC presents painting to Secretary of the Air Force 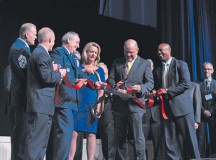 WASHINGTON — In her remarks at the Air Force Association’s Air and Space Conference and Technology Exposition Sept. 14, the Air Force’s top civilian said the service will need to reduce bureaucracy, enhance innovation and invest in its people to successfully expand, advance and reinvent the aerospace nation.