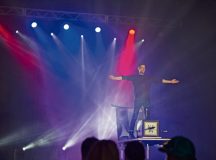 Rob Lake, magician, performs a free magic show Sept. 28 on Ramstein. The event was open to U.S. Department of Defense members, their families and authorized guests. 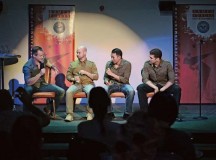 Veterans still serve one joke at a time

Armed Forces Entertainment presented service members with a free, adult comedy show Aug. 18 at the Ramstein Enlisted Club. The 90-minute performance was put on by the GIs of Comedy, a group of four stand-up comedians who are all combat veterans.