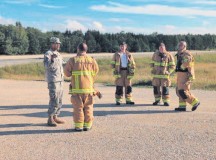 HOHENFELS, Germany — A joint team from the U.S. Air Force and the U.S. Army conducted the first C-130J Super Hercules landing at the Joint Multinational Readiness Center in over two years July 29. 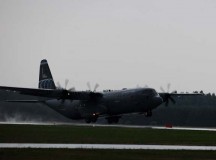 The sky wept — a flood from the heavens that seemed poised to wash the world away. The water, cold and unforgiving, soaked everything through to its core. 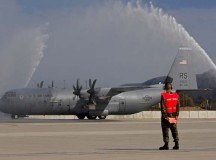 It was Aug. 23, 1954, when the prototype YC-130 took off for its inaugural flight from Lockheed Air Terminal — now Bob Hope Airport — in Los Angeles County, California.