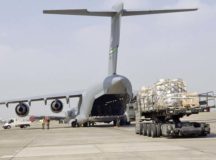 For more than 65 years, Incirlik Air Base, Turkey, has hosted many aircraft that countered the Cold War Soviet threat and has responded to numerous crises in the Middle East. From earthquakes, humanitarian relief operations, to wartime activities, Incirlik has been at the center of operations in that region of the world.