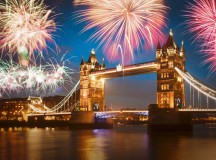 Bring in the new year right

New Year’s is approaching quickly once again, which means it’s time to think about where the right place is for you, your family or friends to spend this wonderful time of year. There are many breathtaking places to go to bring in the new year while living in Germany, so why not see 2015 off with a bang in one of the world’s best cities? Here are top three cities and parties in Europe to go to on New Year’s Eve. 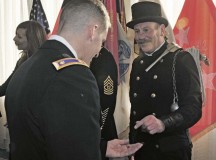 Leaders from the 21st Theater Sustainment Command rang in 2014 with members of the German military and local leaders from the KMC with food, fellowship and tradition during a New Year’s reception Jan. 10 at Armstrong’s Club on Vogelweh.