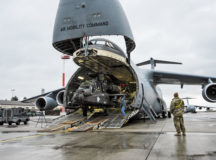 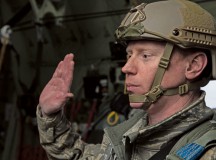 POWIDZ AIR BASE, Poland — The airframe begins to tremble around him. Looking for comfort, the paratrooper walks toward a red, fabric bench and quickly sits down. 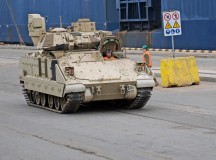