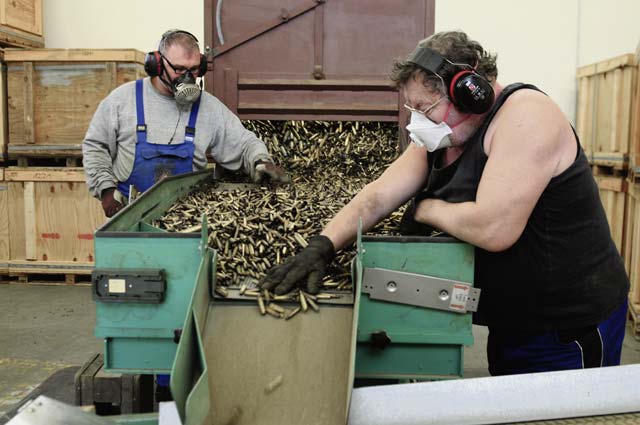 The Theater Logistics Support Center’s U.S. Army Ammunition Center Europe, working with NATO and several other agencies, completed the first sale of demilitarized small arms ammunition residue, consisting primarily of spent small arms cartridges, in a program that is expected to recoup $5 million or $6 million over the first few years and roughly $500,000 each year thereafter.