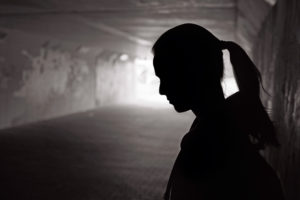 Suicide among Service Members, veterans and their families is a public health and national security crisis, according to a November 2, 2021 statement by the White House. To decrease suicide rates within its ranks, the Army has implemented a science-based, public health approach “chain teach” initiative designed to reach the most junior leaders in teams and squads. The strategy is focused on prevention, rather than intervention, and is supported by comprehensive and integrated policies that address risk and protective factors.

The chain teach is implemented in sequence with higher echelons training lower echelon leaders in their roles and responsibilities, allowing for more complete and shared understanding in a safe environment. Gen. Joseph M. Martin, Army Vice Chief of Staff, led training for commanding generals, including Commander of the 21st Theater Sustainment Command, Maj. Gen. James Smith, this past November. In turn, Smith led training for his commanders February 1, 2022. Subsequent training by 21st TSC commanders and unit leaders will be completed by the end of the month.

The initiative calls for every leader in the active duty Army to have completed the chain teach by March 1, and reserve components to finish by Sept. 1.

Topics in the chain teach training include:

“Having a two-star commander training his subordinate commanders was a first for me,” said Thimsen. “The most somber statistic provided during the training was that the Army’s annual suicide rate has now surpassed that of the general population. The Army is a family. We owe it to everyone in uniform to change that dynamic and drive down suicides across the entire force.”

“The Army approaches nearly everything it does through an operations process,” he said. “Addressing suicide prevention should be no different. Suicide prevention is a command responsibility and requires command emphasis for successful implementation. People are the Army’s number one priority and resource. If we don’t have people we cannot accomplish our mission. Every member of the Army has volunteered to serve, therefore we owe it to those brave men and women to provide all available resources to assist them in their times of greatest need.”

Service Members who are deployed or stationed outside of the continental United States like those in the 21st TSC, may have different stressors and more limited access to protective factors than those stationed stateside.

“Being stationed OCONUS brings with it several unique challenges, which increases the need to be vigilant regarding suicide prevention,” said Thimsen. “Soldiers and families who are stationed OCONUS are geographically separated from many traditional support networks, like family and friends, that can prove problematic when trying to build and maintain resiliency.

Research shows that Service Members who have been at a duty station for less than a year are among those at highest risk for suicide.

“At the STB, we make a deliberate effort through Soldier and spouse sponsorship programs to quickly integrate new team members from the time of assignment,” said Thimsen. “Educating all incoming personnel on available resources within the organization and the garrison, and encouraging social interactions are a few ways we build resiliency. Informing people that there are resources available is a crucial step in getting and remaining in front of any suicidal ideation or act.”

The Army’s shift to a suicide prevention model will help leaders establish healthy climates and a culture of connectedness, identify risk factors early and increase knowledge of helping agencies and resources, according to the chain teach curriculum.

“The evidence tells us this should reduce the number of Soldiers who die by suicide,” states training materials. “This approach will also ‘lift all boats’, regardless if a Soldier might have never been prone to suicidality, increase their personnel readiness, and increase quality of life. Through this, we achieve increased unit readiness.”

“The new Army suicide prevention strategy focuses heavily on the unit as a whole instead of solely the high risk populations within our formations,” said 16th Sustainment Brigade Commander Col. Angel Estrada. “To get this right, commanders must focus extensive energy on building trust at all echelons to ensure the right dialogue, the right resources, and the right care is applied to meet the challenges our Soldiers face. If embraced holistically by leaders and Soldiers alike, it will have far reaching positive effects on the culture within our barracks, the culture within our motorpools, and the culture within our units as a whole. This is an investment in our units and Soldiers, our most precious resource.”

The Army’s new primary prevention approach is outlined in the new Army Suicide Prevention Program regulation scheduled to be published in the first quarter of CY22.