August 31, 2017
by Secretary of the Air Force Public Affairs

The first is an increase in the aviation incentive pay, commonly called flight pay, for both officer and enlisted aviators for the first time since 1999, effective Oct. 1, 2017. The second is an expansion of the fiscal year 2017 Aviation Bonus Program to include non-contracted and contract-expired pilots that began Aug. 4, 2017. The third is the rated return to active duty program which brings retired pilots back into the service to fill critical-rated staff positions that began Aug. 11.

“We need to retain our experienced pilots and these are some examples of how we’re working to do that,” said Secretary of the Air Force Heather Wilson. “We can’t afford not to compensate our talented aviators at a time when airlines are hiring unprecedented numbers.”

The Air Force was 1,555 pilots short at the end of fiscal 2016, which includes 1,211 total force fighter pilots – with the deficit expected to grow.

To address this, the first initiative is directed at all aviators and provides higher amounts of incentive pay, or flight pay. Aviators will see a reduced number of steps in the Air Force Aviation Incentive Pay table, an increase to a maximum of $1,000 per month and increased pay rates across all steps for officers beginning Oct. 1 (see tables).

Simultaneously, enlisted aircrew members will also see their incentive pay increase. The Critical Skills Incentive Pay, previously referred to as Career Enlisted Flyer Incentive Pay, will increase to a maximum of $600 per month.

Air Force incentive pay for aviators with less than six years of aviation service hasn’t been increased since 1980. The most recent changes to incentive pay were made in 1999.

In addition to the incentive pay increases, the Air Force expanded the fiscal 2017 Aviation Bonus Program.

“The Air Force’s fiscal year 2017 Aviation Bonus take rates have been lower than what the Air Force needs,” explained Lt. Gen. Gina Grosso, the Air Force deputy chief of staff for manpower, personnel and services. “The bonus is now being offered to a larger pool of pilots that includes those beyond their initial service commitments who have previously declined to sign long-term bonus contracts and those whose contracts have expired.

“This is one of many initiatives we are taking to retain experienced pilots,” Grosso stated.

The final initiative is the Voluntary Rated Return to Active Duty, or VRRAD, program that is open to all pilot Air Force Specialty Codes (11X). The service is accepting up to 25 retired 11Xs volunteering to return to active duty for up to 12 months to primarily fill critical-rated staff positions, thereby allowing current and qualified pilots to remain in operational units where they are needed to meet mission requirements.

A number of non-flying staff positions require a pilot’s expertise. The Air Force has reviewed these positions to determine if each is necessary and if it requires a pilot to fulfill its duties. Volunteers for VRRAD will help fill these positions.

“Our combat-hardened aircrews are at the tip of the spear for applying airpower against our nation’s enemies,” said Air Force Chief of Staff Gen. David Goldfein. “Secretary Wilson and I are committed to doing everything in our power to ensure we maintain that capability for the nation. We continue to swing away at this issue and we’re looking at multiple options to improve both quality of life and quality of service for our pilots.” 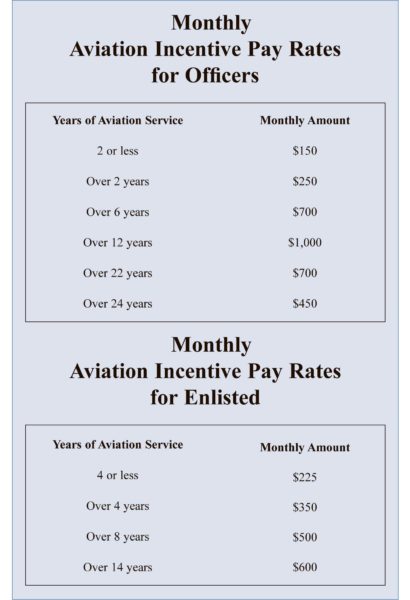