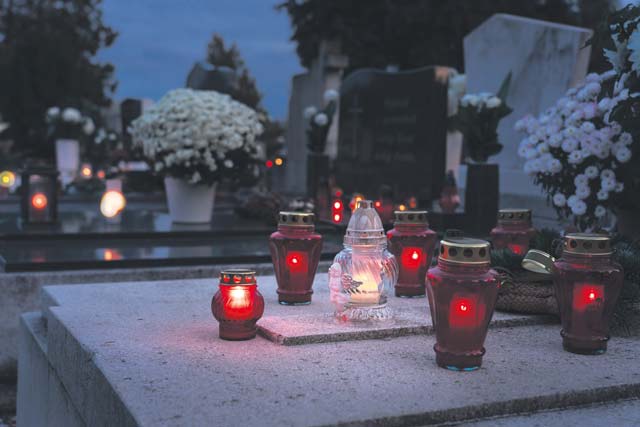 Members in the Kaiserslautern Military Community may notice that most stores will be closed this coming Tuesday, Nov. 1.

That’s because a German holiday will be observed.

All Saints’ Day, celebrated on Nov. 1, is a religious celebration and public holiday in many parts of Germany. As its name suggests, the Catholic Church honors not only its well-known saints, but also the women and men who had secretly lived and defended their beliefs, and proclaimed the Christian message, but were not officially canonized.

During the course of the first decades after Christ, it became increasingly difficult to individually honor each saint with a celebration. As early as in the fourth century, an annual celebration was then held the first Sunday after Pentecost in honor of all of them.

At the end of the eighth century, the religious celebration was moved to Nov. 1 in Ireland, which coincides with the Celtic New Year and also marks the beginning of winter. This tradition eventually spread to the European continent.

A modern tradition is to decorate graves of deceased with dried-flower bouquets, wreaths or flower bowls and cover existing plants with fir branches to protect against frost. So-called grave or eternal lights with candles are also placed on graves in memory of beloved family members.

All Saints” Day is celebrated on Nov. 1 in the state of Rhineland-Palatinate, Saarland, Northrhine-Westphalia, Baden-Wurttemberg and Bavaria as a public holiday with all stores and public offices being closed. Other German states in the Northern and Eastern regions of the Federal Republic as well as Hesse celebrate “Reformationstag” (Reformation Day) in honor of Martin Luther on Monday, Oct. 31 instead.