Story and photos courtesy of
the Civil Air Patrol
August 6, 2021 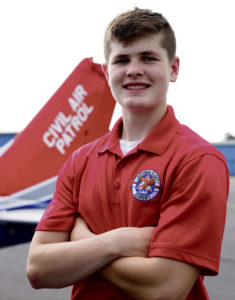 “It’s awesome to fly a plane by myself before I can drive a car,” Dellinger said.

The CAP annually conducts National Flight Academies across the U.S. where cadets receive formal flight instruction leading to a solo flight in a single-engine aircraft or glider, as well as individual instruction from a Federal Aviation Administration certified flight instructor.

In addition to flight instruction, cadets received classroom education on aerodynamics, weather, aviation physiology, navigation, and regulations. Cadets are also given an opportunity to fly approximately 10 hours with weather and schedule permitting.

“My dream is to be a military pilot,” Dellinger said. “I hope earning my private pilot’s license will help me reach that goal.”

Student pilots must be 17-years-old in order the take the private pilot practical test. Dellinger hopes to complete his training in Germany shortly after his 17th birthday. 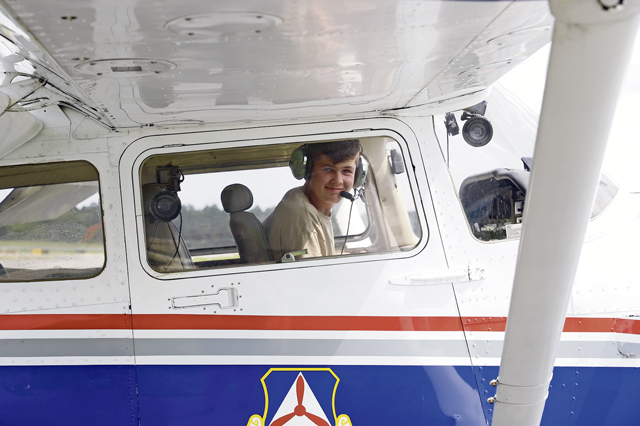 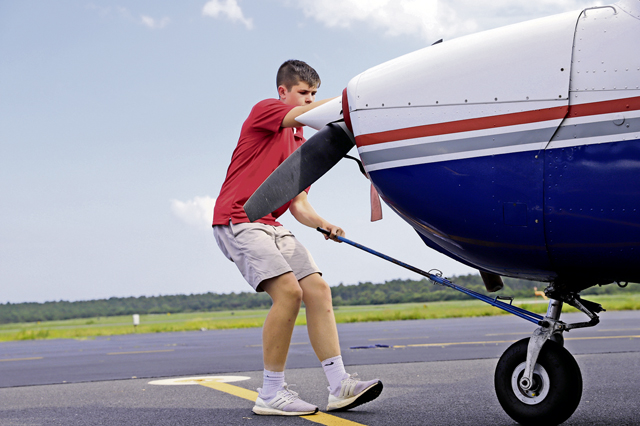 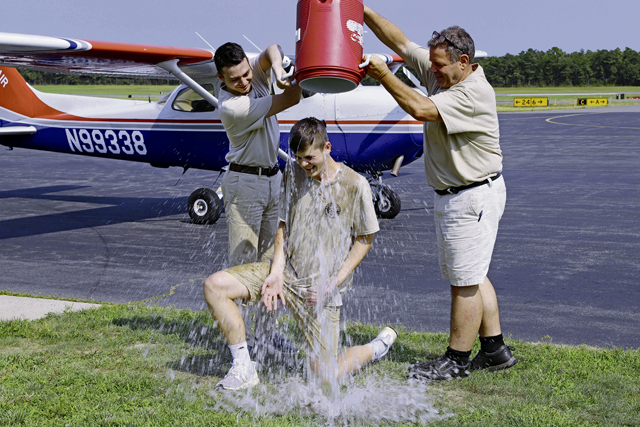