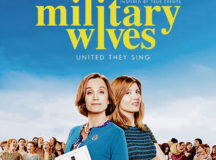 Military Wives (2019)
Following a group of women in England whose partners are away serving in Afghanistan. Faced with the men’s absences, they form a choir and quickly find themselves at the center of a media sensation and global movement.
Cast: Kristin Scott Thomas, Sharon Horgan, Emma Lowndes
Director: Peter Cattaneo
Genre: Comedy, Drama, Musical 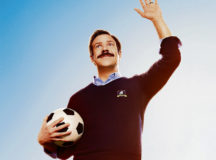 The Walking Dead: World Beyond (2020)
Ten years after the events of the original series, the first generation to come of age in the apocalypse will become the heroes or the villains. In the end, all of them will be changed forever.
Cast: Aliyah Royale, Nico Tortorella
Creators: Scott M. Gimple, Matthew Negrete
Genre: TV Series – Drama, Horror, Sci-Fi

Raised by Wolves (2020)
An android, called the Mother, was designed to nurture human children on a desolate planet after the earth was destroyed. She tells the classic fable of Three Little Pigs to the children, and warns of the Big Bad Wolf which will come to eat them.
Cast: Travis Fimmel, Amanda Collin
Creator: Aaron Guzikowski
Genre: TV Series – Drama, Fantasy, Sci-Fi

The War With Grandpa  (2020)
When Grandpa Jack moves in with the family, Peter is forced to give up his most prized possession: his bedroom. Peter will stop at nothing to get his room back, scheming with friends to devise a series of pranks to drive him out.
Cast: Robert De Niro, Rob Riggle
Director: Tim Hill
Genre: Comedy, Drama, Family

Pinocchio (2019)
Poor carpenter Geppetto decides to build a puppet to earn a living. He visits a friend to ask him for a piece of wood. Frightened by a living log, his friend gifts it to Geppetto who begins to build the puppet, which he decides to name ‘Pinocchio.’
Cast: Federico Ielapi, Roberto Benigni
Director: Matteo Garrone
Genre: Drama, Fantasy