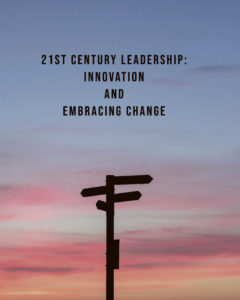 Over the past year and a half the world has faced a global pandemic, stock market collapse followed by its meteoric rise, global political changes, and rampant social unrest. During this timeframe and despite the global upheavals, the U.S. military’s core missions did not change. The war against terror has continued, great power competition is ongoing, and grey zone challenges continue to increase. Amidst this backdrop, the role of a commander, or a senior leader, has remained steady. They must fulfill the mission, build their people, and be prepared for the next fight.

Less than 10 years ago these tasks would have been impossible in a world defined by a global pandemic. How could you complete the mission when up to 50 percent or more of the work force is teleworking? How do you continue professional education, mentorship, and leader development with only half of your people? Finally, how do I prepare for the future fight when we couldn’t even administer a physical training test?

The answer to these questions is two-fold: innovate and embrace change. This new reality created the perfect opportunity for leaders to identify their innovators and demonstrate their ability to not only tolerate change, but to thrive in a culture of embracing change.

Understanding what embracing innovation looks like requires a few examples. Fortunately, the corporate world has gone to great lengths to embrace this concept, as it often provides key competitive advantages for companies who inculcate innovation at every level. For the past 15 years the Boston Consulting Group has conducted and published a global innovation survey of business executives. While the individual companies identified as the most innovative have changed over the years, the underlying strategies which supported innovation were remarkably stable and consisted of five interrelated factors.

The factors were remarkably simple, though often challenging in execution. The first factor is a clearly established understanding of why behind innovation and its purpose within a given organization. The second factor is a clearly defined sector, market, or niche where energy is spent innovating. These two factors lead naturally into the third and fourth factors, which focus on knowing what actions to reward and empowering teams to move forward with innovation, by giving them the authority and support to manage projects programs from start to finish. The last factor is the measure of how well the first four factors have been implemented. Is innovation a retention magnet for our talent?

The 86th Airlift Wing innovates because doing so maintains our ability to accomplish the mission despite a deficit of time, money, and personnel. Within each squadron the specifics of what “the mission” is differ, but the resource constraints remain largely the same and there’s simply never enough time, money, or personnel to get the mission done, especially if we continue to use the models designed 10, 15, or 30 years ago. As adaptive Airmen, we can innovate almost everywhere, but is that the best use of critical resources? Identifying where and how to innovate requires strategic thought, a solid plan, good communication, and Airmen willing to roll up their sleeves. Harnessing the creativity and energy of our young Airmen is where leaders find efficiencies and accomplish the mission.

Enabling innovation is only the first step in capitalizing on the talents of our people. The next steps are enabling and recognizing their efforts. Fortunately some foundational beliefs help make these steps a bit easier. As an organization we place a premium on excellence in all we do, and a core belief of airpower, is centralized control and de-centralized execution. In other words, we reward Airmen taking smart risks, empower them with the means to succeed, and offer them the freedom of action necessary to execute their concepts.

Finally, we must recognize that these efforts help the longterm talent management goals of the Air Force. Every Airman who takes off the uniform early must be replaced at a significant cost in terms of time, diminished mission readiness, and available resources. Creating, promoting, and sustaining an innovative organization will result in higher retention and enhanced mission readiness.

The willingness to embrace change is just as important as innovating. Traditionally, the U.S. military has been relatively conservative with regards to change. The U.S. Army did not want to give up its horses for vehicles (the last cavalry charge on horseback took place in 1942), the tank in its relatively modern form was introduced in World War I but not widely adopted until World War II, the battleship was proven vulnerable and ineffective by General Billy Mitchell in 1923 but were still considered the primary striking force of the Pacific Fleet on December 7, 1941, and the Army Air Corps arguments in favor of strategic bombardment took decades to produce meaningful changes.

Fortunately, the current climate concerning change is evolving and a greater willingness to embrace change is emerging. In the past years, we’ve witnessed the establishment of Space Force, the introduction of multi-capable Airmen, and the development of the AOC-centric Multi-Domain Warfare Officer career path. All these developments point towards a greater willingness to move away from the military’s history of avoiding change and a “sticking to what’s worked in the past” mindset.

Over the past 18 months, we’ve found ways to get the mission done with many of our Airmen working from home. The Department of Defense has embraced telework and developed collaboration tools, information sharing systems, and virtual offices. The work is getting done while offering service members the ability to take care of their families and find a new normal. As a military we’ve leveraged technology to find new touch points, embraced new ways of doing business, and managed to continue both personal and professional development. These adaptations didn’t start at the Pentagon and work their way down. They started in the halls of our squadrons and worked their way up.

Fortunately, embracing change leads to innovation and a culture of innovation leads to a willingness to embrace change. It’s imperative we capitalize on these trends now and seek to sustain them as we move forward into a post-pandemic future.