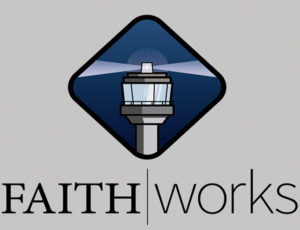 Nothing tests religious beliefs more than the situations our Airmen face throughout the course of their service. Providing pastoral care and counseling to those of faith, and those of no faith, Air Force chaplains are religious ministry professionals who support the spiritual resilience of our Airmen all over the world. As spiritual leaders, chaplains are relied upon for faith and personal guidance. Although the work of other functional communities intersects with theirs in many different ways, and theirs with others, increasing spiritual fitness throughout the Air Force is the Chaplain Corps’ main job. In other words, if they don’t do it, it won’t get done.

Research overwhelmingly demonstrates the role spirituality and religion can play in improving health in every domain of comprehensive Airmen fitness. Commenting on this multiplying body of evidence, Harvard professor Dr. Tyler J. VanderWeele wrote that “communal religious participation” is like a “miracle drug” in building social networks, enhancing mental health, promoting physical health, and reducing mortality. He stated, “If one could conceive of a single elixir to improve the physical and mental health of millions of Americans — at no personal cost — what value would our society place on it? Going a step further, if research quite conclusively showed that when consumed just once a week, this concoction would reduce mortality by 20% to 30% over a 15-year period, how urgently would we want to make it publicly available? The good news is that this miracle drug — religion, and more specifically regular church attendance — is already in reach of most Americans.” Using more than 20 years of prior work in this area, Vanderweele suggests that religious services bring about “better physical and mental health.” These results have been replicated in different studies and populations and are considered to be quite reliable.

VanderWeele believes the empirical data that is derived from the relationship between religion and health should “force us to re-evaluate religion’s role in society and public life.” Religion is often perceived as an outdated practice today. But, before we throw the baby out with the bathwater, we must consider the benefits of spirituality. The research shows that spirituality is a great predictor of good health. These studies show that faith increases the likelihood of a stable marriage, elevates one’s sense of meaning, and expands one’s social network. It leads to robust volunteering and civic engagement as the effects are profound across numerous domains of life. Furthermore, faith affects mental health, too. The research at Harvard, and elsewhere, indicates that, possibly due to a message of faith or hope, those who attend services are more optimistic and have lower rates of depression. The research from Harvard has also shown that attendance protects against suicide. Others have found that churchgoers report having a greater purpose in life and developing more self-control.

Vanderweele also noted that faith helps to provide harmony among people, even from different identity groups, when they come together. With a shared moral and spiritual vision, there is a sense of accountability, where members are expected to love and care for one another. The teachings, the relationships, and the spiritual practices gradually change behavior, creates meaning, alleviates loneliness, and shapes a person in ways too numerous to document. Yes, communal religious participation is a miracle drug that can change society in ways small and large, subtle and profound. In other words, according to growing reams of scientific data, faith works!

Wisdom demands we leverage this data to benefit Airmen and their mission. As with every domain, not every Airman will choose to employ spirituality and/or religion to bolster their comprehensive fitness, nor will they be required to. But the practical effects of this research will fascinate many as they learn how to strengthen resilience and boost readiness by the array of evidence-based practices the research reveals.

The Ramstein Chaplain Corps is poised to help Airmen understand the science: when it comes to improving health in all its facets, faith works! Given their role as stewards of spiritual fitness, the Ramstein Chaplain Corps is launching a campaign to inform Airmen about the weight of evidence regarding the positive relationship between spirituality, religion and health. In keeping with millennia of tradition and mounds of modern research, this effort is called FaithWorks. Chaplains will be taking this message throughout their respective areas to educate and encourage Airmen and their families. Fortunately, it’s not too good to be true. Airmen need to know and the Ramstein Chapel Team will make sure they do. Because if they don’t do it, who will?