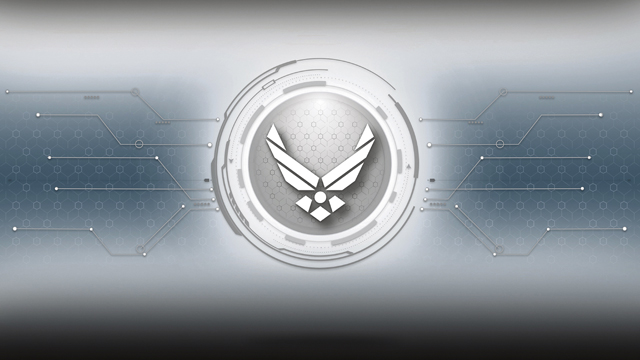 After decades of distinguished service, including at the highest levels of the Air Force’s leadership, John P. Roth decided recently it was time to retire.

As a non-partisan civil servant for most of his career, Roth, 68, figured the new administration’s arrival Jan. 20 would be the proper time to step aside after 47 years in federal service. It would be the perfect moment for a clean, natural break.

The transition team for President-elect Joe Biden asked Roth to step in as acting secretary of the Air Force. Roth accepted even though the job as acting secretary is one of the more difficult — and underappreciated — in all of government. It is a position that, by definition, is both temporary yet open-ended. It requires strong leadership but also restraint.

Even so, Roth didn’t hesitate.

“If I can help, I’m happy to serve,” Roth said during a Jan. 26 interview when asked how he responded to the Biden team’s overture. “That’s what I’ve done for 40 plus years; so a matter of perhaps a few more months, I’m all in.”

No one knows how long Roth will be serving as acting secretary. The Biden Administration must find and vet a nominee to put forward as the next secretary of the Air Force and then the Senate must consider and approve that person.

Regardless of how long it takes, Roth is clear-eyed about his approach to the job and his priorities.

When asked for his mandate in the job, the words “continuity” and “maintaining momentum” pepper Roth’s description. His job, he says, is to keep the Total Force prepared and ready and to make sure the elements that have defined the Department’s success remain in place.

“We as an enterprise need to continue our momentum,” Roth said. “I think we have a terrific leadership team, both military and civilian. When the Chief (Air Force Chief of Staff Gen. Charles Q. Brown, Jr.) talks about accelerating change or losing, I think that’s an important concept. And obviously we are little beyond the Space Force’s one year anniversary; we need to keep the momentum (Chief of Space Operations Gen. John W. Raymond) has established to build the Space Force moving forward, as well,” he said.

“It should be transparent to Airmen and Guardians, and with any kind of luck, transparent to the nation, that we continue to do our mission,” Roth said. “We’re here to defend the country. We’re here to represent U.S. interests. We’re locked and loaded, and ready to go. Part of my job is to ensure that kind of stability and continuity.”

Roth is perhaps the ideal candidate for the job.

As assistant secretary of the Air Force for financial management prior to being selected acting secretary, Roth managed the Department’s sprawling budget and complex fiscal matters. That job gave him an intimate view into almost every segment of the Department’s operations.

Moreover, during his long tenure he served temporarily twice as undersecretary of the Air Force, which carried an even broader portfolio.

“A lot of the things that go to the secretary run past the under’s inbox,” he said. “I’m a trained budgeteer, and that’s my sweet spot, but I did get involved in manpower issues and things like promotion boards, Department-wide studies, and disciplinary matters. All of that, which I personally found fascinating, exposed me to other issues across the Department.”

There’s one other trait as well that Roth carries to the role. In a city where many are constantly reaching for the next, permanent post, he has a different perspective.

“I’m not auditioning for any job; I’m not looking for any other particular thing,” he said. “I’m here to serve Airmen and Guardians. We are a mission-oriented enterprise. We owe it to the American people to be ready to go and support American interests.”

Roth uses a sport analogy borrowed from another acting official, Deputy Secretary of Defense David L. Norquist, who served briefly as defense secretary until Lloyd Austin was confirmed and installed. Norquist told Roth the job is like running a relay race and requires the ability to “hand off the baton” cleanly to whoever comes next.

“My plan, in whatever time period required, is to hand the baton off to somebody else,” Roth said. “My goal is to ensure that the enterprise is able to continue to operate in its normal, outstanding fashion and that I support the Airmen and the Guardians in terms of getting them what they need to do their jobs.”

Asked for more specifics, Roth said, “Telling the Department of the Air Force’s story and representing Air and Space Force interests as we launch into completing the (fiscal year) 2022 budget.

“My point is, the machinery needs to keep moving. We can’t afford to sit idle. We need to keep the momentum on both the air side and the space side, and make sure we continue to focus ourselves on achieving the things the National Defense Strategy requires us to do,” he said.

Serving as an acting secretary is a capstone in a career that has deep and multi-layered connections to the military for his entire life. Roth was a self-described “Army brat” who was born at what was previously known as Walter Reed Army Medical Center. His father had a long career in the Army and is buried at Arlington National Cemetery.

But his military roots are even more diverse. After earning his degree at the University of Virginia, Roth went to work for the Navy as a financial manager. He then moved to the Department of Defense and, finally to the Air Force. His brother, meanwhile, served in the Marine Corps.

“In the course of all this I punched a ticket in learning about all of the services. Maybe if I’d stuck around long enough, I would have been able to join the Space Force,” he joked. “I have about as joint a perspective on the enterprise as you can get.”