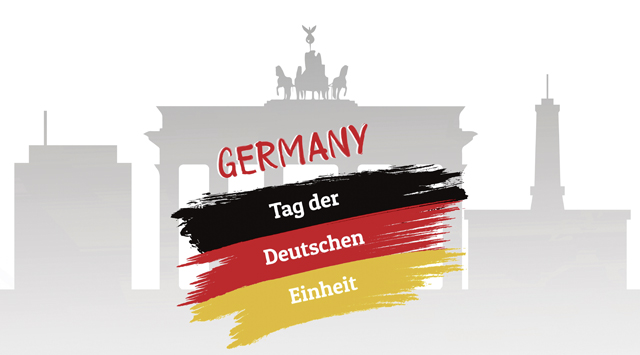 Oct. 3, 2022, marks the 32nd anniversary of the reunification of the Federal Republic of Germany after the fall of the Berlin Wall in 1989.

Based on the Potsdam Agreement signed in August 1945 at the end of World War II, Germany was divided into four sectors governed by the United States, Great Britain and France in the West and the Soviet Union in the East of the country.

The Federal Republic of Germany, commonly referred to as West Germany, was established on May 23, 1949, with Bonn being the provisional capital. The foundation of the German Democratic Republic, often called East Germany, followed on Oct. 7.

West Germany was comprised of 11 individual states and quickly prospered with an open market economic system. East Germany, with its five states, relied on a planned and government directed economy under Soviet rule. Although they shared a common history, the people of Germany lived in a divided nation for the next forty years. Families were torn apart, some living in the West and other family members being restricted from leaving East Germany.  Up to 2.5 million East Germans secretly fled Soviet rule to seek freedom and build new lives in the West.

The city of Berlin was also divided into four sectors and on Aug. 13, 1961 East German authorities began erecting a barrier around the western part of the city (West Berlin), engulfing the Brandenburger Tor (gate). The Brandenburg gate quickly became a symbol of the nation’s division.  At first it was merely a barbed wire fence guarded by the East German national army, but over the years it grew to a total length of 75 miles of concrete blocks, up to 15 feet tall, topped with barbed wire, surrounding West Berlin and also dividing the city straight through the middle.  In many instances the structure was erected as a double wall with a “death strip” of 100 yards in between the rows of blocks.

Several checkpoints were established between the zones, the most famous being “Checkpoint Charlie,” as an entry point between the Soviet and American sectors. As many as 140 people are said to have lost their lives attempting to flee East Berlin.  At the same time, further walls were erected between the East and West German borders and only three transit routes allowed for vehicle travel to Berlin, which was located in the middle of the German Democratic Republic.

By the late 1980s, East Germans became increasingly discontent with the overall political situation, government directed economic mismanagement, little to no personal freedom and strict travel restrictions.  In a series of peaceful “Monday demonstrations” in Leipzig and other major cities over months, the protestors vividly chanted “Wir sind das Volk!” (We are the people), eventually forcing the government to back down and surprisingly announce the opening of the border on the evening of Nov. 9, 1989.  The overwhelmed guards at Bornholmer Strasse near Brandenburg Gate let East Berliners through without checking identities.  The news spread like a wildfire and West Berliners greeted their Eastern counterparts in a warm welcome with champagne and flowers.

After eleven months of negotiations between the two states, the reunification was formally completed in 1990 and Oct. 3 was declared as a German national holiday to celebrate the occasion. Berlin again became the capital of all 16 states.  Anniversary events take place every year in rotating cities throughout Germany.

One original block of the Berlin Wall was moved to the traffic circle at the Kaiserslautern Military Community Center on Ramstein Air Base, in 2021.  The section of the wall was preserved and set in place by Airmen from the 86th Civil Engineer Group, with the western side with colorful graffiti symbolizing free “West Germany” and the backside the former East German state.

On Monday, Oct 3, all public offices and stores in Germany will be closed in observance of the holiday.