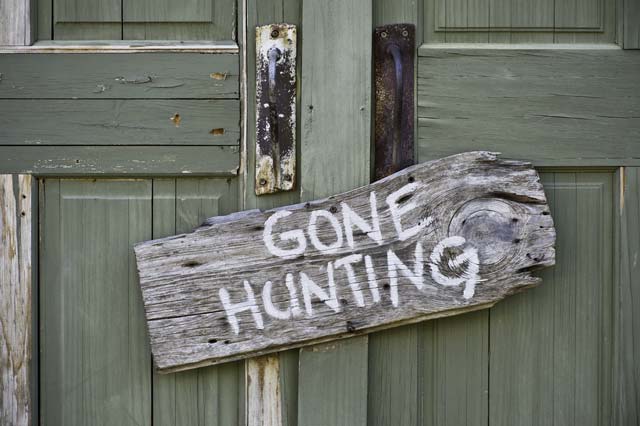 The opportunity to hunt animals in Europe is a once-in-a-lifetime opportunity — one that avid hunters should take full advantage of.
Chief Warrant Officer 2 Brian Humbert, 2nd Military Intelligence Battalion, said hunting in Germany has a certain appeal, and he has dedicated 100 hours of his free time to learn the ins and outs of the sport.
“A lot of people think this is too difficult and too expensive. That may have been the case a long time ago, but it’s not anymore,” Humbert said.
Hunting classes can be taken at the Rod & Gun Club in Kaiserslautern. The Rod & Gun Club is located on Vogelweh in Bldg. 422.
Humbert said he was happy to find people with a similar interest in the sport at a class in Wiesbaden, which was being taught by Army Community Service’s Michael Boehme.
“He’s (Boehme) done a lot for this class. He’s given up a lot of his personal time to make sure we have a
really good understanding of the fundamentals,” said Humbert, adding that getting the chance to go out on a rabbit hunt and a wild boar drive hunt were highlights of the experience.
Boehme said he has been hunting all his life.
“But I earned my German hunting license with my dad when he was stationed here in 1980, and we have incorporated the German customs and traditions into our hunts throughout the world,” he said.
The U.S. Army Europe German hunters’ course costs about $150 and takes 100 hours of instruction.
“Hunters who are willing to commit the time and money to participate in the program usually have a lot of hunting experience,” Boehme said. “The German system requires German citizens to complete a year of training and apprentice work to earn the hunting license and it can cost them up to €2,000. And although most Americans will only stay in Germany for one or two tours — and they most likely won’t ever become managers of their own hunting areas in Germany — we still test to their standards.”
Class participants learn about every aspect of hunting, from special German hunting words to mating seasons, care of the animals and
the hunter’s responsibility during the wintertime to recognizing diseases that affect the wildlife population. The tests include law, safety, marksmanship, game recognition, plants and animals native to Germany, diseases, trophy preparation, customs and traditions. 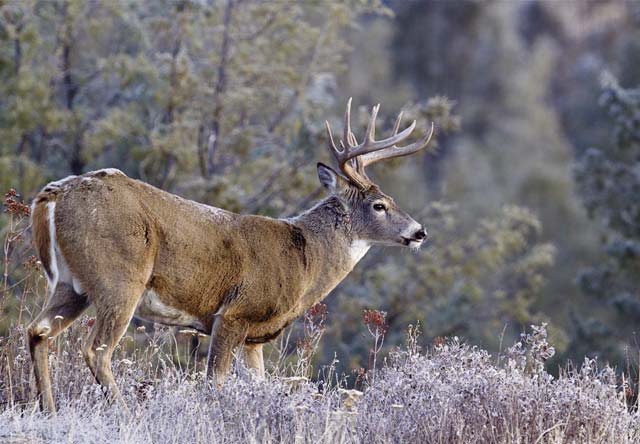 Unlike hunting in the United States, the sport in Germany is steeped in tradition.
“They’ve been doing it this way since the 14th century,” Boehme said.
Rather than simply shooting game, hunters in Germany observe a number of traditions, such as honoring the animals with musical signals from hunting horns, awarding successful hunters with branches and sharing social time after a hunt.
“When animals are shot, we give them a ceremonial last bite of food from one of the native trees in Germany,” Boehme said.
Hunting is also a great way to strike up enduring German-American friendships.
“Our brothers and sisters in the hunting community are our family,” Boehme said. “That’s the kind of bond we’ve experienced.”
William Demaske, who took a hunting class on Baumholder, said he was so interested in the sport that he was willing to make the drive to Baumholder to take the class. He said he particularly liked the skills he learned and the culture surrounding the sport.
“You’re like a special breed after earning your hunting license,” Demaske said.
Michael Mellons, a fellow class member and civilian employee with the Defense Reutilization and Marketing Office, said hunting in Germany is an opportunity of a lifetime.“It’s not the same as hunting in the states,” he said. “It’s great getting out there and getting back to nature.”
Mellons said he also enjoys the camaraderie — the “brotherhood of hunters.” Air Force Master Sgt. Jesse Jens said he praises the sense of tradition and respect shown by the hunting community for the natural world.
“It’s a whole different style of hunting over here. It’s very ritualistic,” he said. “They do everything in their power to keep the animal from suffering.”
Jens said having the opportunity to obtain a weapons permit to take back unique European guns to the United States after obtaining his hunting license was also a motive for taking the course.

“Everything is very regulated here, so it’s important to know the rules,” Boehme said. “They like to have a healthy wildlife population, and because deer, boar, foxes and other animals have so few natural predators, they can quickly become overpopulated and be a threat to farmers and the forests. The hunters take the role of natural predators and protectors of the woods.”
For more deatils about hunting in Germany or about hunting courses, call the Kaiserslautern Rod & Gun Club at 489-7274 or 0631-536-7274.