My name is not José.

Steve asked me not to use our real names if I write down what I recently learned about the events of 2002.  He’s not “Steve,” either. Steve agreed to share his part, and I will tell you mine — our two sides of one story.

What follows is our recollections of then and now. 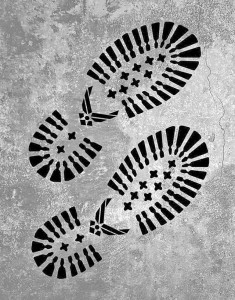 José: Steve and I used to play one of those multiplayer online games when they were just becoming popular. I was at Wright-Patterson Air Force Base; he was at Aviano Air Base. We chatted online through the game interface almost daily when our duty schedules allowed. The time difference meant not many players were online when we overlapped, so we just texted for hours. There were times when our real life, “RL” as we called it, was all we’d talk about. The game was just the place to catch up on the latest going on in bella Italia or sunny Dayton, Ohio.

Steve: In late 2002, I wasn’t just unhappy. I was bottoming out. My seven-year Air Force career was the only thing in my life that seemed solid; the ops tempo was crazy after 9/11. A year later, when things started to settle down in mid 2002, we got into a new rhythm. As the pace changed, the demands of the job faded into a “new normal.” All the problems piling up were pushing back into the center stage. All the things I didn’t want to deal with because of the pain could not be ignored. I think I was depressed.

José: I knew Steve was upset sometimes, as he often vented about his day or his week. We all did. Then he’d feel bad, like he was griping too much. I’d tell him, “No, man, that’s what friends are for. Tell me.”  So he did. Then one day he was online, but didn’t feel like talking. It seemed strange. So we joined a larger group of players and found some battle to fight. I knew I could circle back later and ask him what was wrong. I remember thinking that his dad dying earlier that year was probably still on his mind.

Steve: It got to a point where our online gaming couldn’t distract me for more than a few moments at a time. Those painful burdens with no resolution continued to mount; nothing made the days brighter. I think if I had just been stressed out, at least some of the good things in my life would have made me feel better. They didn’t.  Nothing made me feel better.

The pain that settled over me, marital troubles and losing my father to cancer, among other things, made all the good things in my life seem irrelevant. I felt numb. There were times I would just sit still and catch myself forgetting to inhale. I had to remind myself to breathe.  Early one week I checked my blood pressure, and the diastolic was about 20 points above the threshold considered “high.” Even that I didn’t care about. I was numb all the way to my core. I couldn’t imagine what hope was any more.

Then one day I started making a plan in my mind. I felt good, for a change — the pain would soon be over.

José: We kept adventuring over a week or so, and it still bothered me that Steve wasn’t messaging as much as usual. As Friday rolled into Saturday and Sunday, the main combat game zones got overcrowded, and we reverted back to message chatting instead of straight-up gaming.

After several hours, Steve told me how low he was feeling and asked me what I would do in his place. I never lost a family member; I didn’t know what to tell him. I thought of telling him how time heals everything; just give it long enough and everything gets better. It felt like an empty promise even as I typed it. I sent it anyway. Then I listened for a while.  He had much more to say once I made it clear I didn’t think it was our place to judge each other. “I got your back, bro,” I told him.

Steve: He just listened that weekend. He didn’t tell me how to feel and didn’t advise me on all the things I needed to do or not do. He didn’t try to manage my life from 10,000 miles away, and he didn’t log off until I had talked it all out.

I didn’t tell him then that I changed my mind about killing myself that day. I let him know in the summer of 2013.

José: So, Steve lays this on me when we were chatting a couple months ago. I was completely blown away. Even though the man had the courage to share his pain, and even though that is now safely in the past, it scared the s**t out of me. I couldn’t sleep.

My wife once told me, ‘Sometimes the only way out of something is through it.” Thinking about 2002, I think that’s what Steve was doing — he was going through it to get to the other side. He didn’t have a magic wand to make it better, and he didn’t feel comfortable going to a chaplain or mental health, though I’m sure he knew they were there for him. I don’t know if I was the second or the seventh person he reached out to in his personal life, but it freaks me out that he was close to doing something bad to himself.

Steve: I haven’t talked about this much — no one’s proud to admit life got the better of them. I wanted to end it. I wanted to die. José listened, occasionally asking questions to gently challenge my one-track mindset. It made me realize I hadn’t considered other perspectives.  I was locked on the one “escape” from all life’s problems that seemed the most obvious answer at the time.

Talking through a computer chat interface meant he couldn’t hear my voice or see my expressions, but he noticed things were off. He didn’t ignore that difference, and that made all the difference.

My wife and our two young children, though they don’t know the details, appreciate that he listened that weekend, too. As we roll into the holidays, I’m thankful. After many years, that pain of 2002 is mostly gone, and I am alive.