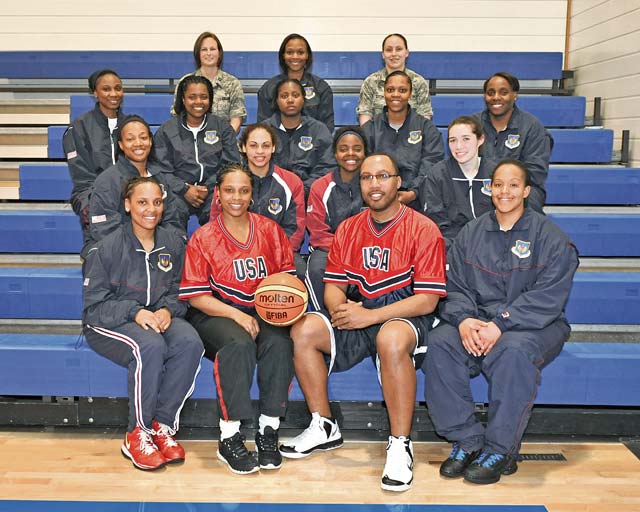 Airmen from the U.S. Air Forces in Europe men’s and women’s basketball teams pose for a group photo during their last training day May 9 at the gymnasium on Royal Air Force Lakenheath, England. The teams were comprised of both officers and enlisted Airmen from various bases in USAFE, chosen to represent the command in this year’s Inter-Nation Sports Championship games. Both teams were undefeated in the tournament against five other nations and won the championship title May 12. 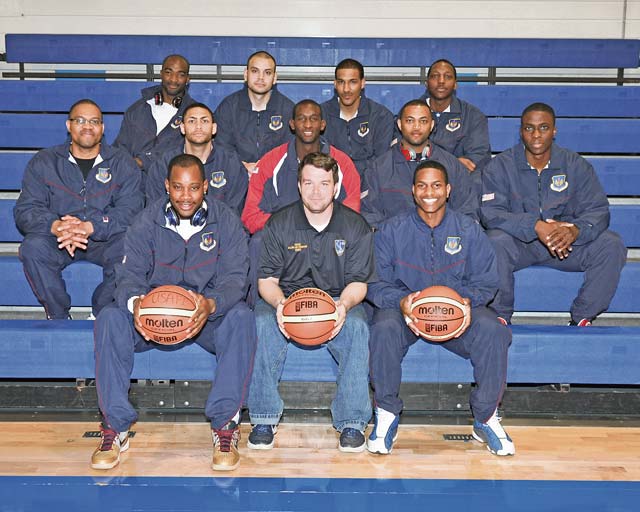