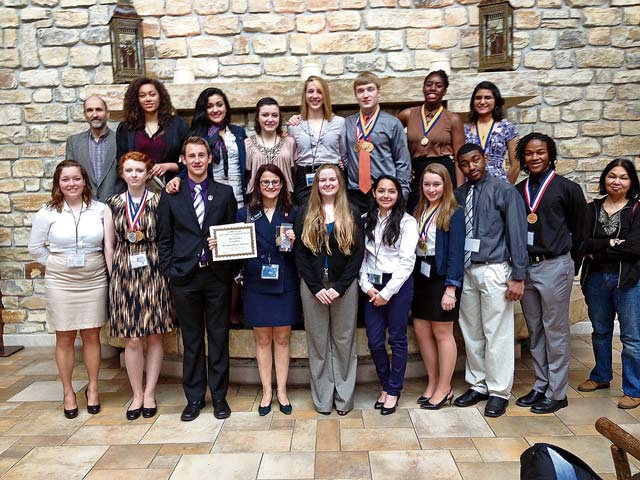 Future Business Leaders of America is the largest and oldest business organization in the world.

The chapter’s adviser, Debra Hipes, a teacher at KHS and a state board member of FBLA, took a total of 17 KHS students to the State Leadership Conference to participate in various business competitions.

At the Student Leadership Conference, students from all over DODDS-E competed against each other in addition to the online events that took place before the conference.

The KHS chapter has continued its role as a top contender at the State Leadership Conference, and they plan to continue that success next year.

Having eyes on the future, junior Marcel Dustin is already making plans to fill the holes of the graduating seniors by increasing membership by recruiting fellow students of KHS.

As the 2012-2013 school year is soon coming to a close, the new year for FBLA has already begun, as well as the KHS chapter already making its first steps on improvement.