KMC Fire Emergency Services will kick off Fire Prevention Week with a parade at 9 a.m. Oct. 8 through Ramstein housing. The day will continue with the Fire Department open house from 11 a.m. to 4 p.m. at Fire Station 1, Bldg. 2303, on the Ramstein flightline. There will be free food, live fire and vehicle extrication demonstrations, fire truck displays from KMC FES and surrounding local fire departments, activities for kids, door prizes and much, much more.

According to the National Fire Protection Association, most homes have at least one smoke alarm. But, do you know how old your smoke alarms are? If you’re like most people, you’re probably not so sure.

A recent survey conducted by the NFPA revealed that only a small percentage of people know how old their smoke alarms are or how often they need to be replaced. That lack of awareness is a concern for KMC Fire Emergency Services and the NFPA, along with fire departments throughout the country, because smoke alarms don’t last forever.

“Time and again, I’ve seen the life-saving impact smoke alarms can have in a home fire, but I’ve also seen the tragedy that can result when smoke alarms aren’t working properly,” said Brent Blasco, KMC Fire Emergency Services assistant chief for fire prevention. “That’s why we’re making a concerted effort to educate KMC residents about the overall importance of smoke alarms, and that they do have a life limit.”

“NFPA 72: National Fire Alarm Code” requires smoke alarms be replaced at least every 10 years, but because the public is generally unaware of this requirement, many homes have smoke alarms past their expiration date, putting people at increased risk. 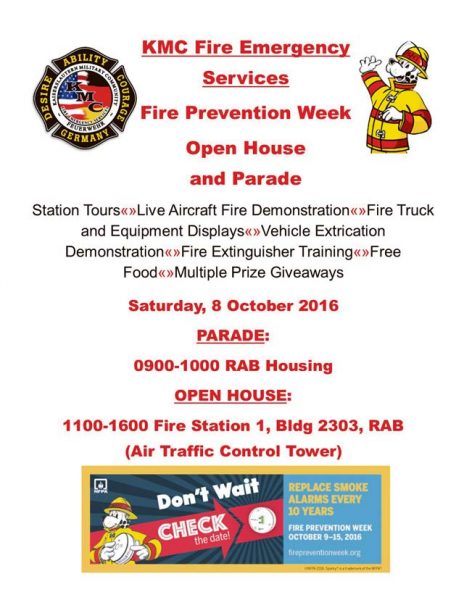