KMC graduates reflect on their experiences in Germany

High school graduation day comes and goes annually, and it can be interesting to talk with students who’ve experienced an existence that relatively few American kids get — growing up in Europe.

I spoke with a sampling of students who recently graduated from one of the local KMC Department of Defense Dependents Schools-Europe high schools. Some of their experiences in Germany were very smiliar, while others were very different.

Below are some of their thoughts: 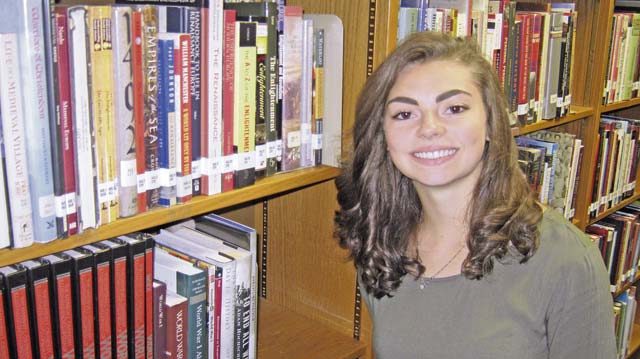 Born at Landstuhl Regional Medical Center to parents who value travel experiences, Kriner has been on trips to Spain, Kenya, France and several other countries, exposing herself to new places and cultures.

“I really enjoyed being a part of (the) Model United Nations program and getting to meet with other student leaders in places like Prague and other locales to discuss and negotiate solutions for world problems,” Kriner said.

In addition to Model United Nations, Kriner was a member of multiple linguistic honor societies at her school. She also was part of the Royals’ 3,200- and 1,600-meter relay teams that won medals at the year-end European meet. 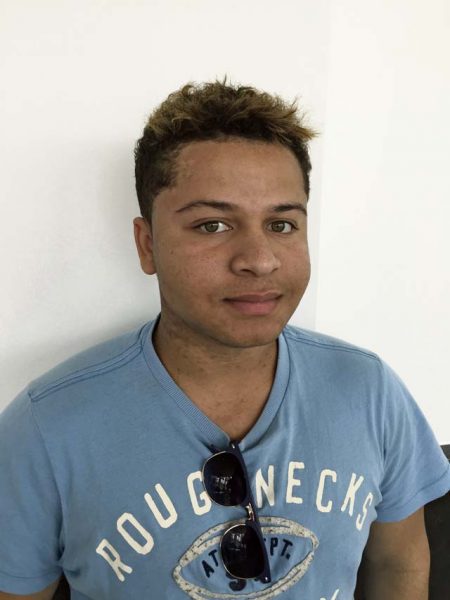 Sapp worked multiple part-time jobs during high school to earn extra cash, and he spent a lot of time at the base library helping other students with homework and studies.

“I was in the International Baccalaureate program at my middle school in Georgia, and I continued that when I came here,” said Sapp, whose parents both have German ancestry. “The IB program has been a way to earn college credits ahead of time.”

Sapp is unique in that he has chosen to attend a university in Kaiserslautern, and he says he wants to make Europe his permanent home. Carrying a 3.6 grade point average as a senior, he plans to study biology and add an emphasis in psychology.

Sapp attributes guidance from his Advanced Placement psychology teacher, Len Tarnowski, as being pivotal in his later high school years.

“Before I took his class I had pretty much decided I wanted to be an orthodontist,” Sapp said. “I fell in love with psychology, and Mr. Tarnowski really explained or brought up ideas that made me think deeper.

“Frau Debra Mol is another person I want to thank,” Sapp continued. “She helped me develop my German skills a lot and allowed me to take a huge step from where I was to where I am now.” 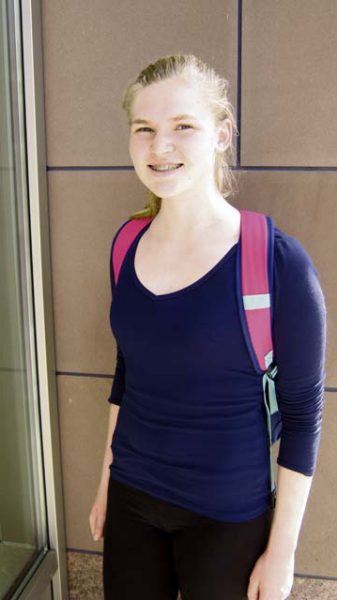 Also offering praise to Debra Mol, Miller has extended her German speaking and writing skills since moving to Germany in the eighth grade.

Miller spent time interning at a local German doctor’s office and gained invaluable conversational practice. She now has plans to spend a gap year working with a goodwill organization in Thailand.

“Being in Europe provides cultural variety and teaches confidence skills with regard to travel,” Miller said. “I feel really confident with my ability to travel and take on any challenge.”

She wants to concentrate on languages, a career in a Science, Technology, Engineering, Math-related field and perhaps an international relations or diplomatic career.

“I love history and politics,” Miller said, pointing out her participation in the same Model United Nations program that Kriner was part of. 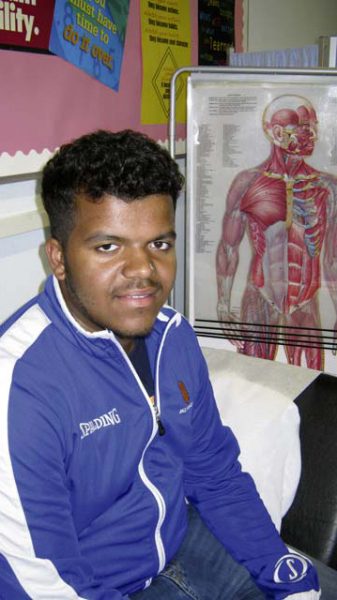 Brown learned to ride the train at an early age and loves the public transportation infrastructure that’s found throughout Germany and much of Europe. Born at Landstuhl Regional Medical Center, he has spent his entire life immersing in the culture here.

“My dad was active-duty Air Force and my mom is Hungarian, so I am fluent in her language, and we go all the time to see family (in Hungary),” Brown said. “Budapest is a fun, big city, but I also like doing the small-town thing when we go to Hungary.”

Brown was big into athletics and capped this senior year as a captain on the basketball and track teams at KHS. He will enroll at the University of Central Florida to study sports science, with an eventual graduate degree in physical therapy.

“Playing sports year after year, I got interested in (physical therapy) because of all the injuries I had,” Brown said. “One therapist, Andre Griggs at LRMC, really piqued my interest with the way he was so passionate about his job.” 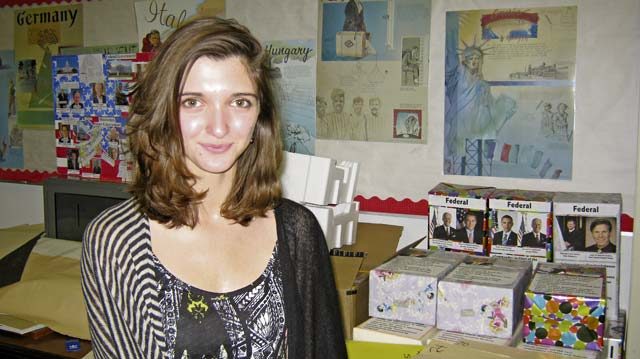 Roberts wound up the 2016 valedictorian of KHS among a senior class of about 160 students. She took Mandarin Chinese for two semesters and was enrolled in a multitude of Advanced Placement classes during her time at KHS. Roberts plans on studying law in college.

“My AP Government class with Mr. Mark Fairchild is the reason I am choosing to go into law,” Roberts said. “He got us to think about not just one perspective.”

She also appreciates the opportunities she has to travel and experience new cultures.

“It’s its own thing, this little American enclave over here, and you get to do things so many others wouldn’t consider,” Roberts said. “When my mother booked a trip to Egypt, it was the coolest thing I’d ever done — standing in front of the Great Pyramids at age seven. We went to Japan last year, and it was completely different than anything I’ve ever experienced.” 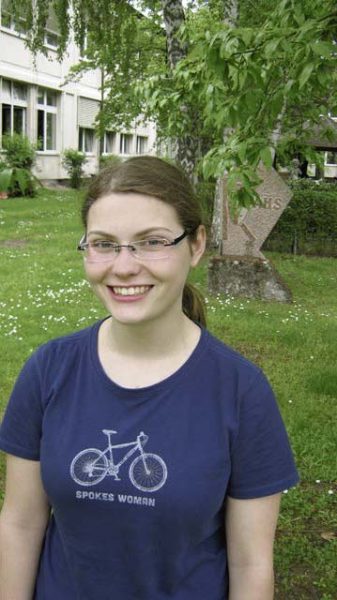 Merchat was quick to fall in love with the architecture and wide range of building styles she saw in Germany, France, Italy, England, the Netherlands, Austria and Spain.

She plans to enroll at a small college in Vermont and major in psychology. She wants to focus her studies on learning how to help kids with special needs. Merchat’s parents will remain in Germany, and she, like many other new high school graduates, is faced with leaving her family for the first time.

“It might be terrifying for the first part of it, but things will get better,” Merchat said. “I’m definitely ready for college.” 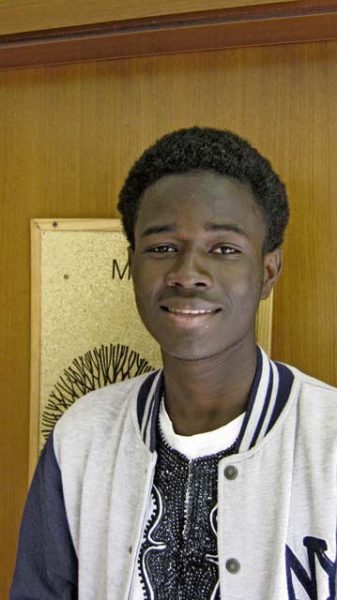 Adutwum became a whiz at computers and information systems and now plans to take things much further in college.

“I was a designer for our school website,” Adutwum said, crediting BHS information systems instructor Radley Ramirez for the inspiration to now major in information technologies and minor in computer science.

Adutwum’s large family has routinely made treks to the homeland of Ghana, but with a mother who hails from Germany, he has become fluent in both German and English. Adutwum also embraces the Puerto Rican heritage within his family and has assimilated with several cultural customs. 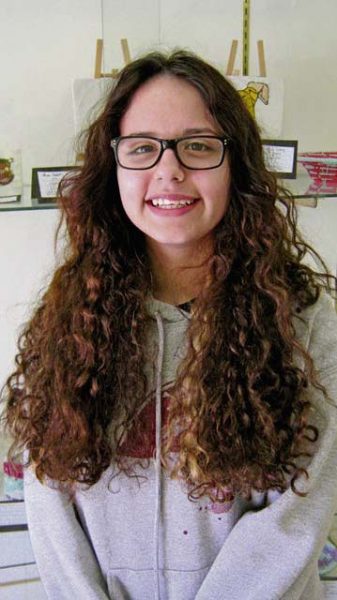 A part of the Baumholder community for over nine years, Colon first came to Germany and enrolled at Smith Elementary School in the third grade. She plans to study psychology at one of Germany’s highest-acclaimed academic and research schools — Jacobs University in Bremen.

Colon will be moving several hours away to a campus located high into eastern Germany, near the North Sea.

“I am excited to leave because I have been here, like, forever,” Colon said. “Another part of me is sad to go. But since my parents are still going to be here I know I can always come home.” 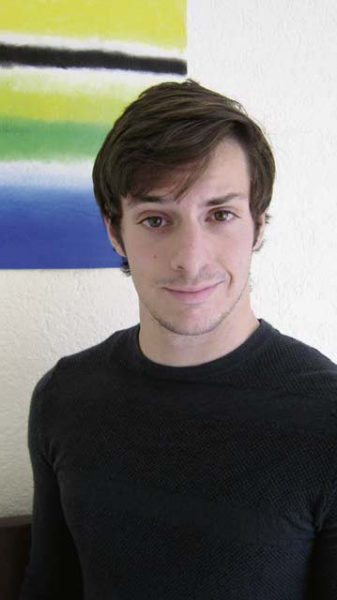 Sparks was the BHS valedictorian, and says he got a lot out of the computer-aided design classes at Baumholder. He’s spent practically his entire life in Germany and feels at home here.

“Whenever somebody asks me where home is, I’m inclined to say Missouri because that’s where I was born. But really, it’s been Baumholder and Germany for pretty much forever,” Sparks said.

Sparks is eager to head to college and plans to study mechanical engineering at a large university in Texas.

“In school I’ve taken several AP courses and gotten college credits,” Sparks said. “All of that has prepared me for the level of difficulty that I will be seeing in college. I am ready to get started.”