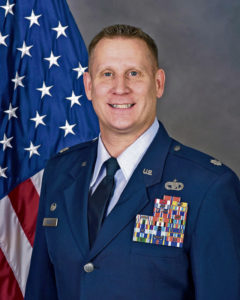 One of my favorite things about the military is our focus on people, which drives us to spend a lot of time developing others. I’ve picked up a lesson or two over the years and I try to pass on tidbits to my team to help them find their way through their careers. As a prior Airman Leadership School Instructor, I employ techniques I once taught with the mindset of developing the next set of leaders to replace me. To accomplish this, I look to attain mutual respect, leverage that respect into an influential leadership style and maintain a conflict management posture to keep my teams strong and on track.

The first step to attaining mutual respect is to consider the personnel with whom you’re dealing as people. Often times, we lose sight of who the people surrounding us really are. We often see gender, race, sexual preference, etc., but is that really what you should be focusing on? Don’t get me wrong, I think we should celebrate our diversity as it’s one of the many things that makes us so great. However, we must mutually respect one another to celebrate that diversity and we have to see each other simply as people. Moreover, people who’ve made the choice to serve and stand shoulder to shoulder with us.

I urge you to consider this when you look around your work centers. We’re all sons and daughters, brothers and sisters, moms and dads or aunts and uncles. Some of us are grandparents who have answered the call to serve. Once you use this lens to see your teammates and give them that respect you set the stage for mutual respect. This will allow relationship building to set you up as an influential leader.

I think we’ve all experienced a boss that would “drive” teams instead of lead them. You may have learned a lot from that individual, but is that someone you looked up to?

Considering mutual respect, I imagine you have probably looked more favorably upon others who have truly been able to motivate you to accomplish tasks and leave you energized at the end of the day. An example of this is the Applied Persuasion Theory from Stewart Tubbs’ A Systems Approach to Small Group Interaction. This theory ties relationships between supervisor and subordinate, supervisor and task and subordinate and task. If the supervisor and the subordinate have a positive relationship and the supervisor has a positive attitude towards the task at hand, then the subordinate will likely exhibit a positive attitude toward the task as well. Note, this discusses having positive relationships, not unprofessional. Once you become an influential leader you can move to the next level and manage conflict instead of letting it tear us apart.

I consider it imperative to manage conflict and resist the urge to solve all of our teams’ problems. Many years ago I heard a story, from an unknown author, about the struggle of an Emperor Moth. A collector had purchased a cocoon and was impatiently awaiting the emergence of this beautiful creature. However, weeks passed and still no moth. Eventually he cut the cocoon in an effort to help his new pet. When the moth emerged, it wasn’t the beautiful creature with large colorful wings he expected, but a short pudgy small winged creature. Feeling as though he’d been swindled, he attempted to return the moth to the retailer for restitution. When he arrived to plead his case, the store manager took one look at the moth and asked if he had cut the cocoon. The collector responded, “Yes, it wasn’t able to break free, so I had to.” The manager then relayed that the struggle to escape the cocoon is critical for the transition into a beautiful moth, as the blood is squeezed from its body and into the wings, giving the moth its unique appearance. Therefore, by providing undue assistance to the moth, the collector inadvertently “clipped” its wings. I ask you to take this story to heart and consider how you manage conflict within your teams. It’s hard to watch them struggle, but sometimes it’s best to manage the process and let your team grow and surprise you.

These are just some of my thoughts and things I strive to do each day. I’d ask you to consider my personal philosophy and attain mutual respect by seeing those around you as who they truly are.Take time to leverage that respect into an influential leadership style and learn how to manage conflict instead of trying to push your lessons learned on others to foster growth. Don’t “clip their wings.” I ask you to add these thoughts to your toolbox in case they come in handy one day.

Due to recently announced host nation regulations to prevent the spread of COVID-19, some community events may be cancelled or...