Life without a BSC

Have you ever given thought as to what life on base would be like without your friendly neighborhood Biomedical Sciences Corps officers? My guess would be no (unless you’re a BSC), but I suspect in order to contemplate the question or to understand how your life would be affected, you’d need a bit more background on the the BSC. 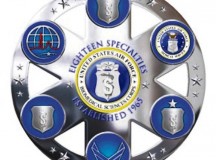 The order first establishing the Biomedical Sciences Corps was given on Jan. 28, 1965, but it was not until March 15 of that year that it was actually stood up within the medical service. The idea for a separate but equal corps for non-nurses, physicians, dentists and administrators was the idea of Col. Alvin F. Meyer. He was a bioenvironmental engineer who lobbied Air Force Surgeon General Lt. Gen. Richard L. Bohannon that allied health professionals, such as physical therapists, pharmacists and dietitians, required a separate corps for proper force development.

Today, the BSC is approximately 2,300 officers comprising 17 career fields encompassing 18 specialties. BSC officers are found in command, staff, research and clinical jobs, as well as many non-traditional medical roles. They are found deployed and in-garrison and usually make up the majority of officers found at a local medical group. 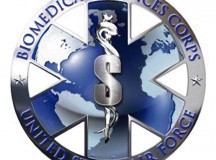 So, imagine for a bit that no BSC equals no drug benefit at the clinic, no validation of safe food and water, no hearing checks and audiograms, significantly fewer medical and mental health appointments, and out of pocket expenses for active duty eye exams.

Biomedical Science Corps Appreciation Week started Monday and ends today. Make sure to take some time to say hello to your favorite BSC officer, and let them know you appreciate their contribution to the Air
Force mission and the Ramstein family. Help the BSC make its 49th birthday something special.