Story and photo by
North Atlantic Treaty Organization
May 13, 2022 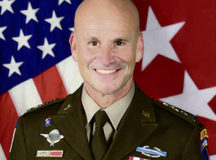 Upon completion of national confirmation processes, he will take up his appointment as the successor to General Tod D. Wolters, United States Air Force, at a change of command ceremony at the Supreme Headquarters Allied Powers Europe in Mons, Belgium, expected in the summer of 2022.