A trip to the extreme northern stretches of Finland can seem almost as magical as Santa Claus, even in the wintertime. If you’re looking for off-the-beaten-path adventure that leads you to wilderness, northern lights, and real live reindeer, consider Finland. 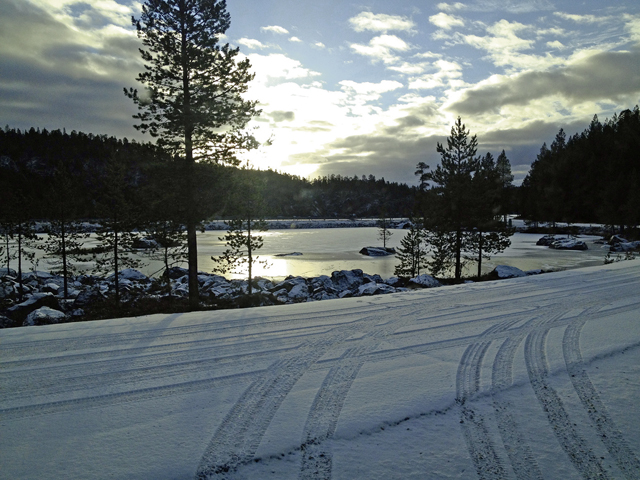 “Mom, is this real?” My skeptical 8-year-old daughter asked.

“Of course,” I said as we walked through a magical cave on our way to see Santa in his workshop.

As we came around the last bend we saw Mr. Claus himself, sitting by a fire and dressed in the traditional clothes of a reindeer herder with green pants, a red embroidered vest, and a white-trimmed red stocking hat. “Hello!” he said in English. “Come in.”

Santa Claus lives just north of the Arctic Circle (66°30´ N) near the capital of Lapland, Finland, in a town called Rovaniemi. His village is one of the few tourist sites in Lapland, and it’s open year round. It is busiest in December, and secondarily over the summer holidays. We went in the off-season – generally considered any part of fall, late winter, or spring. Expect snow that time of year, especially if you venture further north. 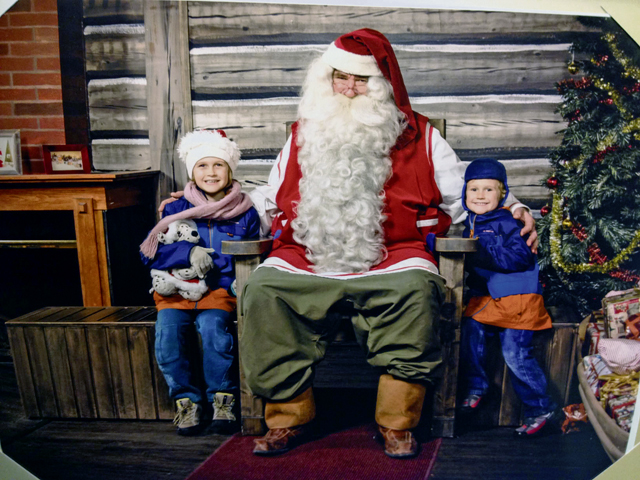 During our trip, I rented a small self-contained campervan that was sealed for winter use. After our visit, we continued north past Santa’s village, deep into Lapland, where people are outnumbered by reindeer and pine trees. It’s a beautiful expanse of nature: Ready for adventure.

In Finland, wild camping is allowed, and overnight camper parking is permitted at rest stops and trailheads. The wilderness trails also have many laavu – open-sided wooden huts;  often wood is piled ready to split with the available ax and burn in a large fire pit.

The kids and I hiked along wooden plank trails in snowy bogs, we slept overnight beside fast-running rivers, we scaled windy icy fells, and refilled the water from ice-covered lakes. Our turnaround point was the small town of Inari in the far north of Lapland. It was a chance to stock up at a grocery store, refuel, and learn about the local people. An open-air museum called Siida features the people who have made a home here – from its use as a stone-age meeting point to the reindeer-herding Sami culture.

One long night we spotted the aurora borealis out of the camper’s skylight. Then, at 2 a.m., I woke up freezing cold and needed to go outside to hook up our second gas tank. The air was so still and clear and cold it felt like the entire world had been frozen. In the morning, there was a fresh dusting of snow.

The roads were kept nicely usable, either fully plowed, or solidly packed snow. I kept to the largest of roads (E75), which was still a simple two-way stretch. Once, we had to wait twenty minutes while a reindeer herd crossed; it felt like part of the Christmas spirit.

It also brought us full circle, and reminded us of our visit to Santa’s village, where we’d first encountered a tame herd of reindeer. “I’m going to feed it!” My 5-year-old son ran toward a reindeer with massive horns. He held out his pile of moss, and the animal munched it from his mittened hand. We also sent a letter from the mailroom and took some pictures crossing the Arctic Circle line marked across the entry courtyard. But, after seeing Santa, the reindeer were the highlight.