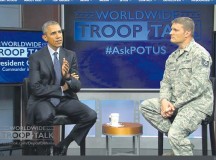 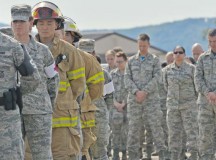 Airmen take a moment of silence during the 9/11 retreat ceremony Sept. 11 on Ramstein. 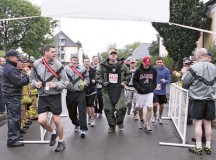 Baumholder’s monthly 5 kilometer runs carry a specific theme, but the run on Sept. 11 had a very special meaning attached to it.

Why do you serve?

Sept. 11 was the day that changed the world forever as we saw the raw destruction and peril of the World Trade Center and the Pentagon brought into our homes via the television. 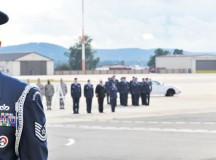 On Wednesday, it was 4,384 days since the terror attacks of 9/11 in New York, the Pentagon and in Shanksville, Pa. It has also been 365 days since the attack on the U.S. Consulate in Benghazi, Libya. In both cases, our national response involved using military action.