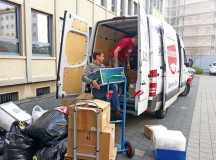 Courtesy of the Atlantic Academy Kaiserslautern

The Atlantic Academy in Kaiserslautern recently sponsored a two-month-long donation drive for refugees. Americans donated items such as clothing, bedding, household items, toys and more. About 30 members of the Junior ROTC, KMC Eagles Hockey Organization and the Kaiserslautern Chapter of the RuffRyders Germany helped organize, sort and pack the items at the Atlantic Academy. 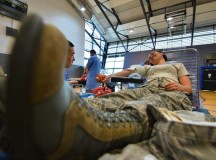 A blood drive was held Tuesday near the Ramstein Southside Fitness Center. The blood drive was hosted by the Armed Services Blood Program and put together by the 352nd Network Warfare Squadron, Detachment 1.