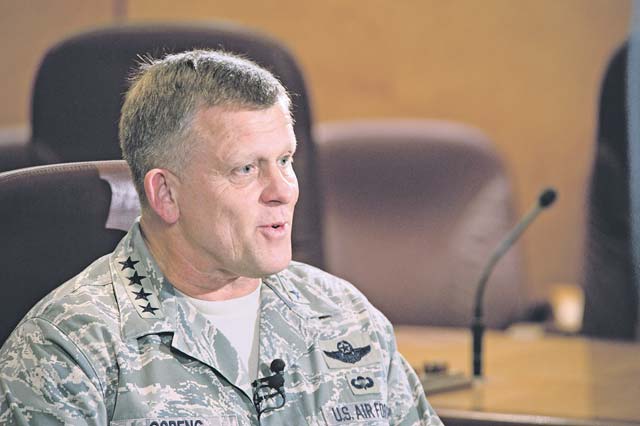 Gen. Frank Gorenc shared his enthusiasm for becoming the new U.S. Air Forces in Europe and Air Forces Africa commander and spoke about challenges the command faces and how to overcome them in an interview Aug. 16 on Ramstein.

Airmen are no strangers to change. Our Air Force was born from change after an exhausting world war when nations were recovering and healing emotionally, physically and financially.