Events » The Back to School Exceptional Family Member Program Fest will be held from 4 to 7 p.m. Thursday at Pulaski Park. The fest will include free food, games and face-painting. The event is designed for families with special needs and professionals who work with EFMP families; open to the […] 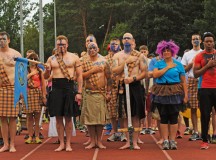 Participants place their hands over their hearts during the national anthem prior to the start of the 2015 Viking Challenge July 17 at the Pulaski Park track. The Viking Challenge is a 24-hour run and walk-a-thon that raises money for various organizations in the KMC. 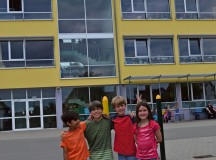 As far as education goes, what works for one family might not be the optimal choice for another family. Aside from DoDEA School options, the Kaiserslautern Community boasts a plethora of educational opportunities for all families. 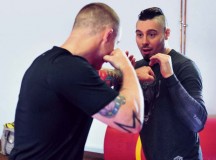 Soldiers receiving training in unarmed combat generally take instruction from Army professionals who learn hand-to-hand fighting techniques as an additional skill, but the afternoon of June 2, service members of the KMC ventured to the wild side during a unique opportunity with a mixed martial arts celebrity. 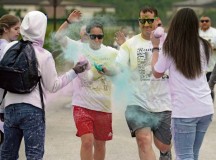 KMC members run through a color station during a color run May 30 on Ramstein. The 5K fun run helped raise funds for the prevention of teen suicide. 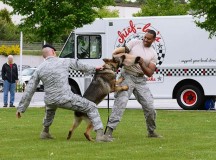 Staff Sgt. Chad Coe, 86th Security Forces Squadron Military Working Dog handler, tries to pry off Charone, 86th SFS MWD, from a “perpetrator” during a MWD demonstration May 9 on Ramstein. The demonstration was part of a display held at the Kaiserslautern Military Community Center in honor of National Police Week. 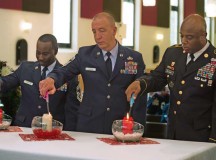 U.S. service members gathered alongside German community members to honor 451 children who passed away during the years 1951 to 1971 as part of the Kindergraves memorial service May 16 in Kaiserslautern. 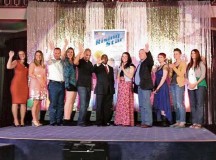 More than 250 vocal supporters, friends and family members cheered, roared and clapped for their favorites at the 2013 Operation Rising Star competition held Sept. 20 at Armstrong’s Club in Kaiserslautern. 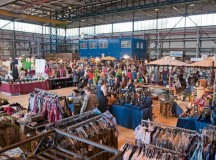 More than 300 KMC members volunteered at the 49th annual Ramstein Welfare Bazaar Sept. 12 to 14. The event was hosted by the 86th Force Support Squadron and sponsored by the Ramstein Officers’ Spouses Club.