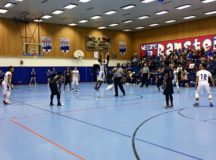 All who attended “Senior Night” Feb. 3 at Ramstein High School were rewarded with a dazzling display of Ramstein Royals basketball as the varsity boys’ team outscored the visiting Hohenfels Tigers 74-34. 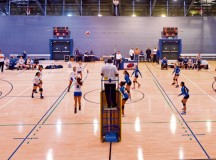 The Incirlik Hodjas, in white jerseys, compete against the Ansbach Cougars during the Department of Defense Dependents Schools Europe volleyball championships Nov. 7 on Ramstein. 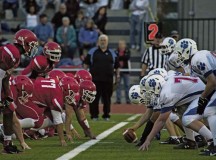 Kaiserslautern Raiders and Ramstein Royals face-off during the first quarter Sept. 25 on Vogelweh.