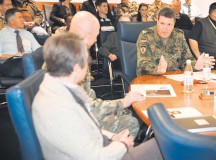 Offering your vehicle to visiting family and friends may sound like a simple solution, but it might not be legal. 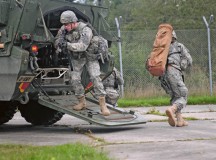 Effective Sept. 9, U.S. Army Europe is authorized to issue Status of Forces Agreement credentials and command sponsorship authorizations to eligible same-sex spouses assigned to or on orders to Germany.

European scams: Not all that glitters is gold

With the onset of spring, Army law enforcement officials again expect to see cases of swindlers trying to defraud Americans traveling in Europe.

Internet Explorer and Firefox users, beware. U.S. Army Europe cyber security experts warn that a vulnerability discovered April 26 could allow an attacker to take control of computer systems with the same permissions as the account the user is signed in on.