Many members of the Kaiserslautern Military Com-munity have found temporary or even permanent homes in one of the many villages and towns surrounding Kaiserslautern or in the heart of the Palatinate Forest.

Talk of the Town is a series highlighting the union communities within the Kaiserslautern Military Community. The series aims to inform American service members and their families about the communities they’re joining during their time in the KMC. A Union Community is an administrative territorial community composed of a group of individual towns or villages. Each month we feature a different community and provide facts about its history, heritage, and the local experiences it offers.

The last stop in our series will lead us to the District of Baumholder, located within the County of Birkenfeld. Baumholder is the furthest outpost within the Kaiserslautern Military Community and is geographically separated from all the other union communities. The county seat is in the City of Birkenfeld and the District of Baumholder lies in the Westrich region. Once again, we invite you to discover interesting and maybe not-so-well-known facts about your home away from home.

The total District community has about 9,700 residents and an additional 8,500 Baumholder Military Community members also call it their home, making up a remarkable 47 percent of the population.

Mayor Bernd Alsfasser has been in office since 2016 and would like to extend a warm welcome (see below).

Baumholder was first officially mentioned as “Bemondulum” in a documentary in 1156 and was then held by the Bishop Albert of Verdun. Up until the French Revolution, Baumholder was under the ownership of the Duke of Zweibrücken. Although town rights were never explicitly granted, Baumholder acquired a number of privileges over the ages, such as market rights and a fortification. From 1816 on Baumholder, along with the rest of the Principality of Lichtenberg, belonged to an exclave to Saxe-Coburg-Saalfeld, which is located in today’s Thuringia/Saxony-Anhalt and then sold to the Kingdom of Prussia in 1834, a year later it was permitted to call itself a city. In 1880 there was a tremendous fire and a great part of the middle age structures were destroyed, but small parts of the city wall and some buildings are still intact for a visit.

From a Garrison to a Boomtown

In the early 20th century, Baumholder became a garrison town when the Wehrmacht built its barracks and a military training area. In order to do so, several thousand inhabitants were forcefully resettled. Between 1941 and 1945, a part of themilitary training area was used as a prisoner-of-war camp for Soviet, Polish and other prisoners. Thus, Baumholder has played a significant role as a strategic military installation for over a century.

After World War II, Baumholder was part of the French occupational zone and French forces were stationed there until 1951 when the U.S. Army took over the barracks buildings. This later developed into one of the largest U.S. garrisons in Germany and Smith Barracks is still home and duty post to U.S. Soldiers and their families today.

Economic upswing and a breath of America

The small town of Baumholder experienced a considerable economic upswing in the 1950s when bars, dance and music halls popped up one after the other. Local residents found job opportunities in their war-torn region and many a farmer or house owner became a landlord or lady overnight to house the over 20,000 members stationed at Baumholder at that time.

But, not all was fun and games and “Boomtown” Baumholder quickly became known for its wild nightlife and bar fights far beyond the region. Although it was never stated by name, the town gave inspiration to a trilogy on German television in 2021 entitled “Ein Hauch von Amerika” (A breath of America). The series tells a story of struggle, farmers protesting to keep their fields, misunderstandings between the local population and the “occupants,” but also of mutual respect, friendship and love between Germans and Americans. Many German-American friendships or even marriages have lasted throughout the decades and it is said that numerous former soldiers come back to visit every year.

A Golden Angel and an Oven Museum

Baumholder has a lot to offer when it comes to military history. An interesting place to visit is the regional museum “Goldener Engel,” which presents photographs, music, press articles and artefacts depicting how the “American way of life” was brought to a small agricultural town. Moreover, it displays rich regional history throughout the centuries and is housed in a former bar, hotel and theater. English group tours are available upon request, please contact: IGSchwertnter@t-online.de or visit https://www.vgv-baumholder.de/de/tourismus/kultur-aktiv/museen/regionalmuseum/

A further place of interest is in Reichenbach, in particular with winter coming around the bend. The Ofenmuseum (oven museum) displays 40 antique wood fired ovens from three centuries. This is a great place to visit and warm up on a dreary winter day, and upon prior request coffee and cake is also on sale. You may have the chance to chat with the passionate collectors and initiators Maria and Wolfgang Lengler, who opened the museum in 2013. There is also a special exhibition that focuses on the time of the plague that wiped out about half of the population and the obscure means of trying to combat the pandemic, such as doctors wearing leather masks, during those times. https://www.vgv-baumholder.de/de/tourismus/kultur-aktiv/museen/ofenmuseum-reichenbach/

Countess Loretta von Sponheim, widow of Count Heinrich II von Sponheim, and a very courageous woman, lived at Castle Starkenburg with her son. Around 1326 Archbishop Balduin of Trier claimed rights to an area belonging to the Sponheims and illegally began constructing a castle near the Nahe River. After all diplomatic avenues had failed, Loretta resorted to a more drastic measure and had the archbishop kidnapped and captivated at Starkenburg.

After lengthy negotiations and paying ransom, the archbishop was released and had to surrender the new castle to Loretta, where she lived until she died 15 years later. The castle soon became known as “Frauenburg” (women’s castle) and is a popular excursion site, well worth a visit. A premium 13-km-long hiking path “Traumschleife Gräfin Loretta” leads you along the castle with a fantastic view.

National Park Hunsrück-Hochwald is partially in Rheinland-Pfalz and in the neighboring State of Saarland. The large, combined forest area is already considered to be a “hot spot” for biological diversity. The largest number of wild cats in Europe live in the park. Wild cats are very shy and need plenty of space and undisturbed nature. It takes time and patience to keep this scenario alive and allow the park to develop back into its primeval state — more or less an ancient woodland — without any interference or impact by humans. Therefore, the park is divided into three zones: Zone 1a is left completely natural and in Zone 1b coniferous wood is continually replaced with original beech trees. Zone 2 acts as a buffer, forestry care is conducted and development projects are possible, this part is also used to supply citizens with firewood. In addition, there are cultural relics of Celts and Romanss. The park offers a multitude of biking and hiking trails, guided tours and special events throughout the year. For more information, visit: https://www.nlphh.de/

Discover the old town with the night watchman

Night watchmen Dieter Heinz and Ernst Schmitz will lead you through the old town of Baumholder on an evening walking tour. Learn about the history of the town and visit the Alte Rathaus (old town hall) and Schmiede Bier (blacksmith shop). The “Dicker Turm” or thick tower is part of the old city wall and was built as a round tower. From 1986 – 1988 it was reconstructed to its full height based on a drawing from 1860. Romantic couples can enjoy an extraordinary wedding ceremony from May through October. The Dicke Turm and the Leichenpforte (corpse gate) through which deceased were carried to the cemetery, are the oldest structures in Baumholder. English tours can be arranged upon request at the city administration/tourist office at email: tourismus@vgv-baumholder.de

Additionally, a German-American Stammtisch meeting takes place every other Wednesday and offers the opportunity to cultivate mutual traditions, personal contacts and joint activities in Baumholder and the surrounding area. Activities include visits to markets and events, historical city tours, hiking and bowling events, and BBQs. https://www.facebook.com/people/Deutsch-amerikanische-Freundschaft-in-Baumholder

A German-American Friendship Fest takes place every two years with the next one planned in 2023. Don’t miss out on the Christmas Market scheduled for Dec. 2 and 3 in the city center.

Baumholder’s sister city has been Delaware, Ohio, since 2011. The partnership was founded upon close ties to the soccer team at Weslayen University located in the City of Delaware and initiated by former Commander of the U.S. Garrison, LTC Paul Pfahler.

Baumholder is often mispronounced as “bomb holder”? “Baum” (pronounced “bowm,” as in “town”) means tree and “holder” meaning pleasant, lovely or fair, could be best translated as “fair or lovely tree”

Baumholder was the host of the Rheinland-Pfalz-Tag (State Fair) in 2007. A number of local U.S. Army units participated in displays along with the German Bundeswehr und U.S. Air Force counterparts. The whole town became one giant and colorful fairground with about 100,000 visitors over three days.

I would like to take this opportunity to cordially welcome you to the District of Baumholder and I am delighted to be able to give you some insight into our diverse region. 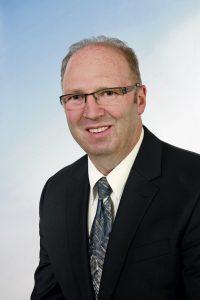 Close German-American relationships have developed over decades – both in civilian as well as in military perspective and two nations peacefully live side by side.  Living together for this length of time has not only shaped the City of Baumholder, but the entire District as well.  Our citizens are open minded and accustomed to the American way of life.

Americans stationed at Baumholder value the location and feel cordially welcome in the city.  An example of this long, joint history is the regional museum “Goldener Engel.”  The former Hotel Goldener Engel displays history of the region, the development of the Military Training Area Baumholder and more than 70 years as a U.S. military installation as well as its impact on the city and the surrounding communities.

Among other facts, it is evident that the U.S. Military installation Area, established in 1951s, brought about Americans at a very early stage and with it a modernization of daily life.  Other areas in Germany would experience that much later.

Naturally, the region has a lot more to offer with its many experiences in nature such as hiking, biking or the Nationalpark Hunsrück-Hochwald just around the corner.  The Stadtweiher in the heart of the City of Baumholder is an ideal place to relax and recuperate for the whole family during any season.

The Strandterrassen invite you to stay and in the summer the lake is open for swimming. The new Pump Track as well as the large adventure playground especially attract children, while adults can have fun at the bocce area right next to it.

I look forward to your visit and cordially invite you to discover the opportunities our wonderful region has to offer.