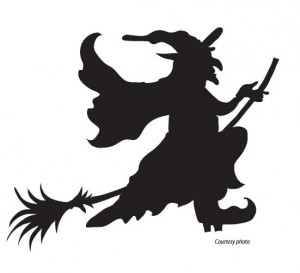 Germans observe their Labor Day on Wednesday. May 1 is also a day to welcome spring and chase away the demons of winter the night before.

The night of April 30 is known as “Hexennacht,” or witches night. On Hexennacht, those living off base should keep a watchful eye on their houses and vehicles Tuesday night.

To be on the safe side, residents should take some precautionary measures, such as parking their cars in the garage and bringing their belongings inside.

Sometimes, older children or adults do destructive things like lifting drainage covers in the middle of the road or moving traffic signs. Because of this, motorists are asked to be very careful keep a close eye out. These actions create safety hazards and result in property damage.

Legend says that during Hexennacht, evil ghosts represented by cold weather, snow and darkness met with witches and demons at Blocksberg hill in the Harz mountains. There, they got into mischief before they took off on broomsticks, pitchforks and billy goats at midnight.

The origin of witches night goes back to pagan times, when people believed evil ghosts tried to prevent the “Queen of Spring” from entering the country. Witches and demons were masters of people and things, so people did a lot to protect themselves.

They hid billy goats and broomsticks so witches would not be able to ride on them through the night and do evil things. It was an unwritten law that children must not get beaten with a broomstick, because it could be a witch’s tool.

Men made a lot of noise with whips and gun shots and lit fires to scare away demons. Cattle was driven through the fire to secure its fertility for the following year, and young couples jumped over the fire to make sure their love would last forever.

Witches night is also called “Walpurgis” night. Walpurga was an English saint who worked as a missionary in Germany in the eighth century. In 761, she became the abbess of a monastery in Heidenheim, which was founded by her two brothers, Willibald and Wunibald, who also were saints. She was known for exorcising demons from the bodies of the sick. Walpurga died in 779, and on May 1, 871, her body was transported to Eischstäett to be reburied next to her brothers.

Another German tradition to observe the beginning of May is to “dance into May.” Various associations and sports clubs sponsor “Tanz in den Mai” with live music in community halls, sports gyms, gasthauses or other facilities that house dancing halls.

In several villages in the KMC, the May tree will be put up the evening of April 30 or on the morning of May 1. Sometimes, this ceremony is combined with a village fest.

The May tree usually is a fir with its lower branches stripped and only the treetop untouched. The pole is decorated with colorful ribbons and craftsmen’s trade ornaments like sausages for the butchers, pretzels for the bakers, or carved wooden figures. May poles symbolize the beginning of spring and hope for a good harvest.

The legal holiday of Labor Day commemorates May 1, 1890, when the day was proclaimed as the day of the working class by the first international workers’ congress in Paris. It was a day to fight for an eight-hour workday and other working-class rights. Trade unions and workers meet for assemblies, demonstrations and political speeches.