4 great day trips to take in France and Germany 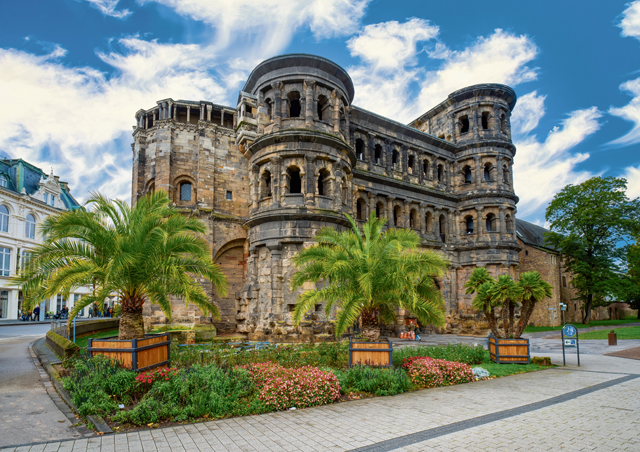 Warm summer weather makes the travel bug bite a little harder and fuel the wanderlust in us all. Unfortunately, family and personal responsibilities can prevent people from being able to hop on a plane and get away. One of the many benefits of life in the Kaiserslautern Military Community is being surrounded by some of the most beautiful travel destinations in the world. Culture is only a car ride away. Local travel photographer and perpetual wanderer, Elizabeth Jones, shared a few of her favorite day trip locations in Germany and France, as well as what makes them so special.

Located along the pristine banks of the Moselle River is Germany’s oldest city. It was once the capital of the Roman Empire and still boasts a number of Roman structures. Jones loves it for its Roman ruins and beautiful scenery. “Since it was founded by the Romans, you can find neat structures throughout the city that resemble Italian architecture.

One of the most popular tourist spots in Trier is the Porta Nigra, which is a large Roman city gate that you can climb to the top of to see amazing views of the city.” Trier’s Palace Garden is another favorite spot. “Take a slow walk admiring the beautiful flowers, sit on a bench soaking in the atmosphere around you, or enjoy lunch at a nearby restaurant. Regardless of how you spend your day in Trier, you won’t be disappointed.”

Rothenburg ob der Tauber is a quaint, charming German village that Jones says everyone should see at least once. “It is located along the Romantic Road in Bavaria. Exploring Rothenburg will make you feel as if you traveled back to medieval times. For the best views of the city, walk around the gated city walls.”

Along with taking in the great views, Jones recommends dining in the city. “Don’t be surprised if you end up stuffing your face with Schneeballs, which are delicious pastries that resemble snowballs. Choose between chocolate, strawberry, vanilla, cinnamon or powdered sugar. Or you could just try them all!”

She also recommends visiting stores and museums throughout the city. “Take a tour of the Medieval Crime and Punishment Museum, shop inside of the famous, Christmas themed Kaethe Wohlfahrt store. Rothenburg also has some of the best Christmas markets in Germany. But whatever time of year it is, this city is a must see!”

Moving from Germany to France, Jones recommends a stop in Colmar. Located along the Alsatian Wine Route in the Alsace region of France, Colmar has many attractive qualities. “Colmar’s atmosphere resembles a country town, giving it a lingering and enchanting presence. It has been preserved from the ravages of time, giving any visitor a sense of appreciation. 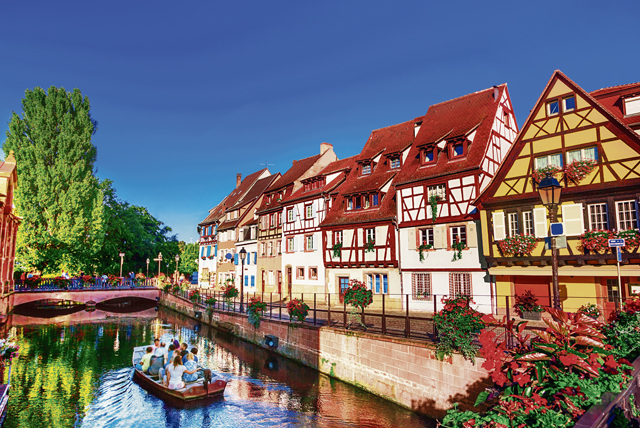 You’ll want to stop at “Little Venice” to embrace the canals winding through the eight centuries of French and German architecture.” Jones recommends souvenir shopping in Colmar as well. “Colmar will surprise you with the amount of small boutiques, local shops, and quality products. You will easily be able to take a little part of Colmar home with you!”

The last day trip that Jones recommends is Strasbourg, France. Strasbourg is located near the French and German border, making it ideal for a short trip from the Kaiserslautern area.

“It is easy to be charmed by the mixture of French and German culture in Strasbourg. It looks like it belongs in a classic fairytale storybook. The Rhine River winds through the city and is sprinkled with bridges to cross the river. Strasbourg is quaint and picturesque, particularly in the most popular quarter, known as Petite France. Once you leave this French town, you will already be planning your next visit.”

Long voyages are not necessary to enjoy Europe. A short road trip is all you need to take in amazing views and eat delicious foods. Take Jones’ advice and hit the road.