As the sole unit in U.S. Air Forces in Europe – Air Forces Africa that provides expeditionary airfields on demand, the 435th CRG utilizes and deploys small specialized teams throughout both continents to successfully implement their mission.

“The importance of the 435th CRG is our ability to operate in any condition anywhere and open up an airbase,” said U.S. Air Force Capt. David Tart, 435th CRS Agile Wolf director of operations. “We provide command and control, maintenance, and port capabilities, which allows us to successfully operate in contingency locations. Those skills become more important as we go into the next generation of agile combat employment.”

The 435th CRG’s ability to mobilize and project Department of Defense assets is a vital component in implementing initiatives in the National Defense Strategy.

“Exercise Agile Wolf is the perfect vehicle to develop and enhance ACE across multiple organizations and domains,” McCurdy said. 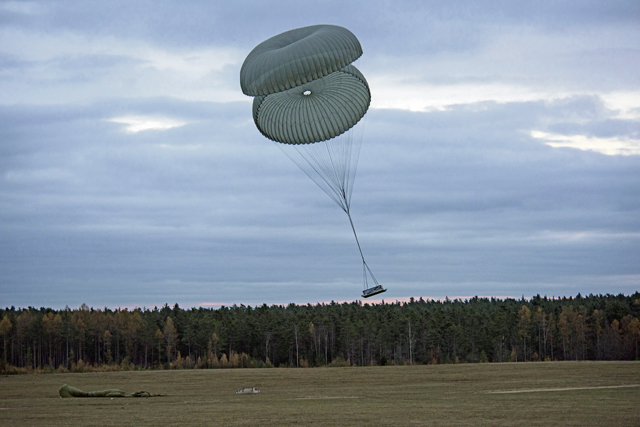 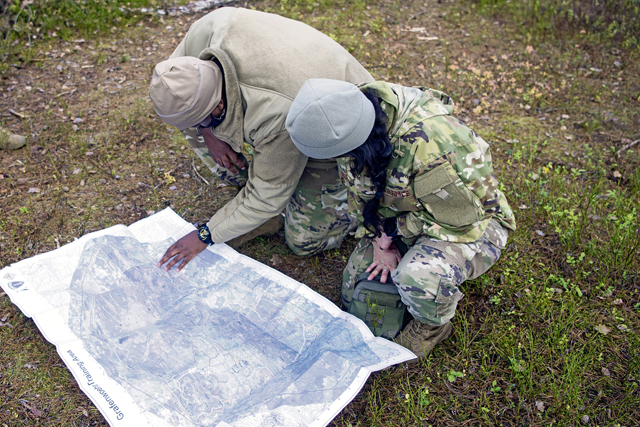 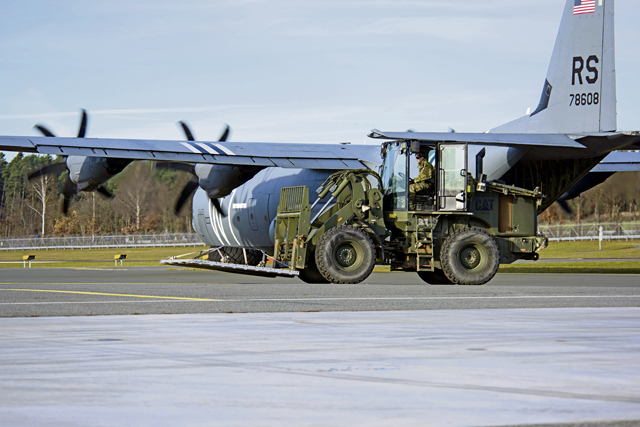 As threats and operational environments rapidly evolve, the ACE concept is intended to ensure USAFE-AFAFRICA are ready for potential contingencies by enabling forces to operate from locations with varying levels of capacity and support.

“We continue to enhance our capabilities of sending out small scalable teams to do different mission sets, such as opening a landing zone or certifying a drop zone,” Tart said. “We have multi-capable Airmen who can go out and not only fix an aircraft, but can refuel fighter aircraft and proficiently conduct other skill sets as well.”

In addition, Agile Wolf allows the 435th CRG to practice their core mission sets in a real-world setting, while having dedicated airlift and partner integration.

“We have Airmen in the air traffic control tower talking to aircraft, while other Airmen are air-dropping cargo into a drop zone and practicing aerial port functions,” said Capt. Michael Thrasher, 435th Security Forces Squadron director of operations.

Due to Covid-19, this was the first iteration of Agile Wolf in 2020 that the 435th CRG conducted away from Ramstein Air Base. This allowed the Airmen to test their capabilities in a new setting.

“Grafenwoehr provides unique resources that the 435th CRG can utilize,” Tart said. “They let us operate with a lot of freedom here. The base is not as busy as Ramstein so we can stage out of here and have control of the airfield and operate in a similar capacity as if we are downrange.”

By executing Agile Wolf exercises on a recurring basis, the 435th CRG boosts their confidence, flexibility and capability to assist and work with allies and partner nations.

“This iteration of Agile Wolf gives us a baseline of our abilities, which we will then use to bolster our capabilities in future iterations,” Thrasher said. “If we have to engage in a non-exercise posture, we’ll have the proficiency and confidence to go out the door and execute the mission successfully.”