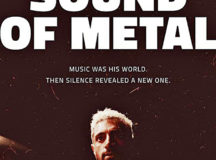 Sound of Metal (2019)
Sound of Metal is an intimate indie film about a musician who descends into panic when he discovers he is losing his ability to hear — and eventually finds himself forced to adapt to a new reality.
Cast: Riz Ahmed, Olivia Cooke, Paul Raci, Mathieu Amalric
Director: Darius Marder
Genre: Movie – Drama, Music 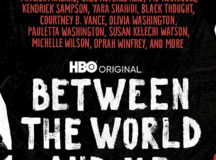 Between the World and Me (2020)
The special will include powerful readings from Ta-Nehisi Coates’ book, it will also incorporate documentary footage from the actors’ home life, archival footage, and animation.
Cast: Angela Bassett, Ta-Nehisi Coates
Director: Kamilah Forbes
Genre: Movie – Documentary 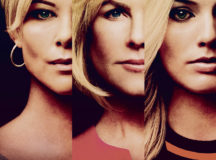 Bombshell (2019)
The real story of three whip-smart, ambitious, strong women who anchored one of America’s most powerful news networks — becoming headlines themselves when they risked everything to stand up to the man who made them famous.
Cast: Charlize Theron, Nicole Kidman
Director: Jay Roach
Genre: Movie – Biography, Drama 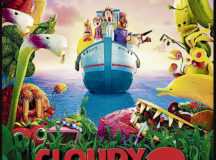 Cloudy With A Chance Of Meatballs 2 (2013)
Flint Lockwood realises that the FLDSMDFR is still functioning and is creating food-animal hybrids. To put an end to it, Flint joins hands with his friends and sets out to save the world.
Cast: Bill Hader, Anna Faris, Will Forte
Directors: Cody Cameron, Kris Pearn
Genre: Movie – Animation, Adventure, Comedy 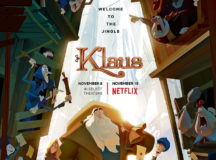 Klaus (2019)
After proving himself to be the worst postman at the academy, a postman is posted to a frozen town in the North where he discovers Santa Claus is hiding out.
Cast: Jason Schwartzman, J.K. Simmons
Directors: Sergio Pablos, Carlos Martínez López
Genre: Movie – Animation, Adventure, Comedy 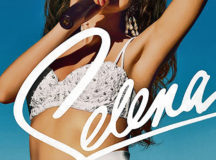 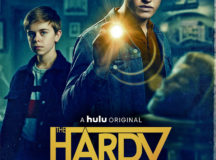 The Hardy Boys (2020)
When the Hardy boys, Frank and Joe and their father, Fenton arrive in Bridgeport they set out to uncover the truth behind the recent tragedy that has changed their lives, and in doing so, uncover something much more sinister.
Cast: Rohan Campbell, Alexander Elliot
Creators: Steve Cochrane, Jason Stone
Genre: TV Series – Drama, Family, Mystery 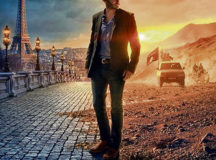 No Man’s Land (2020)
A family grieves the death of their daughter in a suicide bombing. Meanwhile, her brother suspects she is still alive after glimpsing her in a news report and sets off to find her in the Middle East.
Cast: James Krishna Floyd, Jo Ben Ayed
Creators: Amit Cohen, Ron Leshem, Eitan Mansuri
Genre: TV Series – Drama, Thriller, War 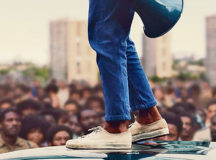 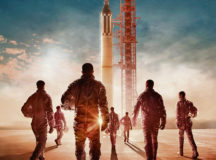 The Right Stuff (2020)
The Right Stuff takes a gritty, anti-nostalgic look at what would become America’s first reality show as the obsessive original Mercury Seven astronauts and their families become instant celebrities in a competition that will either kill them or make them immortal.
Cast: Patrick J. Adams, Jake McDorman
Creator: Mark Lafferty
Genre: TV Series – Drama, History

The Department of the Air Force announced physical fitness assessments will now resume April 2021 and will no longer include...