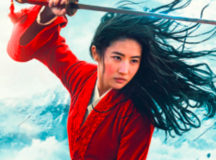 Secret Society of Second-Born Royals (2020)
Sam, a rebellious princess second in line to the throne, has no interest in an aristocratic life but changes her mind when she learns that she has superpowers and must protect the world.
Cast: Peyton Elizabeth Lee, Niles Fitch
Director: Anna Mastro
Genre: Movie – Action, Adventure, Comedy

Magic Camp (2020)
A straight-laced banker returns to magic camp, which he attended years ago as a boy, to work as a compassionate and fun-loving counselor while also keeping his eye on winning first place in the upcoming Golden Wand competition.
Cast: Adam Devine, Jeffrey Tambor
Director: Mark Waters
Genre: Movie – Comedy, Family, Fantasy

Superintelligence (2020)
When a powerful superintelligence chooses to study Carol, the most average person on Earth, the fate of the world hangs in the balance. As the AI decides whether to enslave, save or destroy humanity, it’s up to Carol to prove people are worth saving.
Cast: Melissa McCarthy, James Corden
Director: Ben Falcone
Genre: Movie – Comedy, Romance, Sci-Fi

The Call of the Wild (2020)
Buck is a dog whose domestic life gets turned upside down when he is suddenly uprooted from his California home and transplanted to the exotic wilds of the Alaskan Yukon in the 1890s. Buck experiences the adventure of a lifetime.
Cast: Harrison Ford, Omar Sy
Director: Chris Sanders
Genre: Movie – Adventure, Drama, Family

Wendy (2020)
Apprehensive of growing up, Wendy and her siblings are lured into an island where the concepts of time and age are defunct. The joy, however, is short-lived as a dark side of the island is exposed.
Cast: Devin France, Yashua Mack, Gage Naquin
Director: Benh Zeitlin
Genre: Movie – Drama, Fantasy

Spies in Disguise (2020)
A secret agent is accidentally transformed into a pigeon by an intelligent young scientist; the two must then work together to stop a revenge-seeking cybernetic terrorist, and return the agent to his human form.
Cast: Will Smith, Tom Holland
Directors: Nick Bruno, Troy Quane
Genre: Movie – Animation, Action, Adventure

Pokémon Detective Pikachu (2019)
After the demise of his father, Tim travels to Ryme city where he runs into his father’s Pokemon partner, Pikachu. They team up and try to work on the case left unfinished by Tim’s father.
Cast: Ryan Reynolds, Justice Smith
Director: Rob Letterman
Genre: Movie – Action, Adventure, Comedy