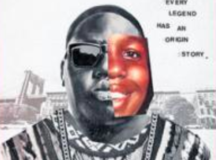 I Care a Lot (2020)
A crooked legal guardian who drains the savings of her elderly wards meets her match when a woman she tries to swindle turns out to be more than she first appears.
Cast: Rosamund Pike, Peter Dinklage, Eiza González
Director: J Blakeson
Genre: Movie – Comedy, Crime, Thriller

Back to the Future Part II (1989)
Marty Mcfly travels back in time with the help of Dr. Emmett Brown and poses as his own son to prevent his imprisonment. However, all his efforts turn futile as the future changes the present.
Cast: Michael J. Fox, Christopher Lloyd
Director: Robert Zemeckis
Genre: Movie – Adventure, Comedy, Sci-Fi

Bliss (2021)
An unfulfilled man and a mysterious woman believe they are living in a simulated reality, but when their newfound “Bliss” world begins to bleed into the “ugly” world, they must decide what’s real and where they truly belong.
Cast: Selma Hayek, Owen Wilson
Director: Mike Cahill
Genre: Movie – Drama, Romance, Sci-Fi

Good Burger (1997)
When Mondo Burger sets up across the street, sneaky Dexter and burger-obsessed Ed realise they need to fight to keep their fast food joint going. Their new secret sauce might be the answer, but not if Mondo can grab it.
Cast: Kel Mitchell, Kenan Thompson, Sinbad
Director: Brian Robbins
Genre: Movie – Comedy, Family

Benji (2018)
Two school kids strike up a friendship with an orphaned puppy named Benji. When danger befalls them and they end up kidnapped by robbers who are in over their heads, Benji and his scruffy sidekick come to the rescue.
Cast: Glen Keane, Brycen Hall
Director: Brandon Camp
Genre: Movie – Crime, Drama, Family

Cloudy With a Chance of Meatballs (2009)
Flint Lockwood, an inventor who is considered a nuisance, puts his latest invention to work when his town faces an economic crisis. His invention makes him popular until it spirals out of control.
Cast: Anna Faris, Bill Hader
Directors: Phil Lord, Christopher Miller
Genre: Movie – Animation, Adventure, Comedy

ParaNorman (2012)
Norman Babcock is the resident of an ill-fated town that is reeling under a deadly curse. Norman, with his unique ability to talk to ghosts, and a few companions must band together save the town.
Cast: Kodi Smit-McPhee, Anna Kendrick, Christopher Mintz-Plasse
Directors: Chris Butler, Sam Fell
Genre: Movie – Animation, Adventure, Comedy