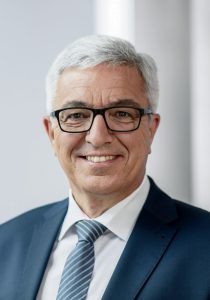 For 70 years now, the region has been shaped by Ramstein Air Base and the U.S. troops stationed in the Western Palatinate. While in the beginning it was still a hesitant acquaintance after the catastrophe of World War 2, but in the meantime, a deep-rooted German-American friendship has developed. The entire region has been exhibiting and living the transatlantic partnership for many years.

Ramstein Air Base is repeatedly part of world history. It has had to experience profound sad days, such as the 1988 Flugtag catastrophy. But it has also given hope to many people, such as during the evacuation mission of Afghan resident personnel in 2021. In all events, Germans and Americans stood side by side, supporting each other and enhancing cooperation whenever necessary.

The world is constantly changing and so Ramstein Air Base is also constantly adapting to the changes in the world. With the end of the Cold War, many fighter aircraft were withdrawn from Rhineland-Palatinate, but at the same time logistics operations were enhanced. After Russia’s unlawful attack against Ukraine, the world is facing a new turning point and Ramstein Air Base will take a central role in the defense of Europe.

No one knows what challenges the future holds for us. However, good cooperation in the region and a vibrant transatlantic partnership have ensured that challenges have been met over the past seven decades. Therefore, I am sure that all together we will also overcome the challenges of the future.

Rheinland-Pfalz State Secretary of the Interior