Celebrating 70 years: letters from mayors in the KMC 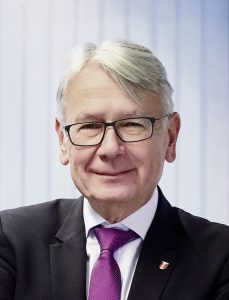 As one of the largest American military installations outside the United States, the Kaiserslautern region can look back on decades of excellent German-American relations.  When I say relationships, I don’t just mean good neighbors. In the seven decades or so that U.S. forces have been here on site, many deep friendships have been formed and many families have been established.

Germany and the U.S. have grown together in the Western Palatinate in such a wonderful way that it has shaped the region and possibly made it unique nationwide. When you hear the name Kaiserslautern, you think of 1. Fussballclub Kaiserslautern, you may think of Pfaff sewing machines – but you definitely think of the presence of the Americans. The German-American friendship and our great partnership on many levels are well known not only in this area, but also in the USA.

The air base is therefore much more than just a military installation. As the central location of the American military community with its more than 50,000 members, it has shaped the image of the entire region for decades and is the driving force behind the city’s acclaimed internationalism. And, let’s not forget: also an enormously essential employer!

I am aware that a military facility of this size demands quite a bit from the people who live near it, especially on days of intense air traffic. After nearly eight decades of peace and prosperity, many people today question the purpose of the military and its institutions. But if the Russian invasion of Ukraine has shown us one thing, it is that there can be no peace and no prosperity without military protection.

For the 70th anniversary, I send the Air Base only the very best wishes. The heart of the region beats on the base! Here’s to many more years together!

Lord Mayor of the City of Kaiserslautern 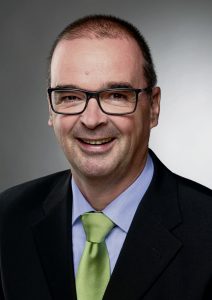 Seventy years Ramstein Air Base – this also means 70 years of joint history, exchange, debate, partnership, economic and cultural development and a deep anchor in the lives of the people in the region.  I would personally like to cordially congratulate Ramstein Air Base on its 70th anniversary!

Our current fruitful cooperation has been be forged over years of history.  American troops occupied the area in 1951 and the construction of the air base followed, which was the origin of Ramstein Air Base.  After World War II, the 86th Fighter Wing and its jets found a home at Landstuhl Air Base, which opened in 1952.  For the war torn population of that time, the installation and extension of Ramstein Base was certainly a project of mixed emotions.

An ever changing story can be found in such a long relationship, like the pages of a book.   The last 70 years of American presence in Ramstein shows chapters of successful joint projects, wonderful events and positive memories.  In other chapters, we have had setbacks, differences of opinion and painful memories of the Flugtag disaster in 1988, and our joint reconciliation.  But, our unique partnership is built on all of this!

Therefore, it is even more delightful and important that Germans and Americans today, after 70 years of cooperation and living side by side, are bound in friendship.  Our home region is embossed in the presence of our American friends, their cultural influence, and last, but not least, its infrastructure and economic impact.

The continual expansion of Ramstein Air Base in the last 70 years led it to being the largest American installation in Europe. This has also led to the growth of a closer relationship among those responsible on base, local politicians and administration as well as to our economy, our cultural facilities and the population.  Now, this alone is all the reason to celebrate, especially as joint celebrations weren’t possible due the pandemic situation in the last two years.

On the occasion of the 70th anniversary I wish everyone involved fabulous times and wonderful personal encounters as well as enjoyable celebrations during this pleasant weather! 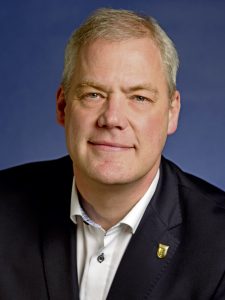 “From a barracks to a super base” was the title of an essay written in 2005 regarding the development of the air base. And, in fact, the barracks that commenced operations in 1952 can hardly be compared to today’s air base.

In the same way the air base has changed, the German-American relationship has also shifted throughout the year. The U.S. Forces became an attractive employer, the airmen and their families well-received customers, tenants and neighbors. Former occupiers have become accepted defense partners throughout the years. Today the people of both nations live a lively, diverse and uncomplicated relationship, side by side.

But, lest we forget: Ramstein-Miesenbach has carried many burdens for the defense of our country in the last 70 years and still does so today. One third of the territory of the Union Community of Ramstein-Miesenbach lies within the boundaries of Ramstein Air base. Flight and ground noise is still a burden today, we did not choose this role, but have always tried to make the best of it.

For us, the people of Ramstein-Miesenbach, German-American relations are not an abstract expression, but since seven decades have been living reality. Innumerous contacts, friendships, partnerships and even marriages between Germans and Americans in the past 70 years have grown deep roots. These are meant to be further cultivated and developed.

Congratulations on seventy years of a joint venture!

The citizens of the Community of Weilerbach would like to congratulate Ramstein on its 70th anniversary.

These 70 years of U.S. presence are an important piece of recent Western Palatinate history. The American Airmen, as well as members of the NATO-forces in Rheinland-Pfalz, have been our neighbors to serve for peace and freedom in our country.

We are looking forward to many more years of prospering cooperation and of close friendship.