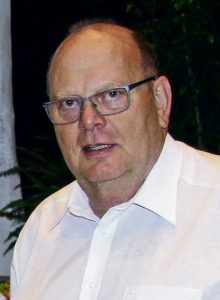 Ramstein Air Base joins the City of Ramstein-Miesenbach in mourning the death of Ludwig Linsmayer. He passed on Saturday morning at the age of 64 years.

The Ramstein Air Base community extends its heartfelt condolences on his passing. He leaves behind his wife Ulrike and two adult children. Linsmayer was not only politically active, but his deep dedication and friendly manner earned him the highest respect and acknowledgement.

Col. Denny Davies, 86 Airlift Wing vice commander expressed his condolences. Mr. Linsmayer’s close connection to Ramstein Air Base started well before his service as deputy mayor of the City of Ramstein-Miesenbach. He was well-known and much esteemed for his many years of work as a base mail delivery worker. With Mr. Linsmayer’s passing, we lose a true champion of German-American friendship.

He will be deeply missed.