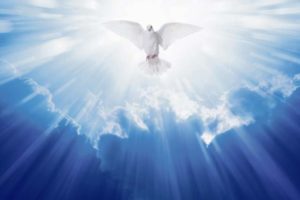 Germans observe Pfingsten this Sunday and Monday. Also known as Whitsunday and Whitmonday, Pentecost is a religious fest and an official holiday in Germany. All stores and public offices are closed. Other European countries celebrating Pentecost are Austria, Belgium, Denmark, France, Hungary, Liechtenstein, Luxemburg, Norway, Switzerland and The Netherlands. For Christians, Pentecost is the feast of the mission of the Holy Spirit and is considered the birth feast of the Church. The event is observed 50 days after Easter, 10 days after Ascension and ends the Easter cycle. The word Pentecost goes back to the Greek Pentecostal, which stands for the 50th. Because Pentecost is based on Easter, the date changes and is in a period between May 10 and June 13. Originally Pentecost was a Jewish Thanksgiving, the meaning later changed because the Christian community began celebrating Pentecost as the birthday of the Church. According to the Acts of the Apostles, Pentecost is the day when the disciples of Jesus were “illuminated” by the Holy Spirit. The disciples of Jesus — also known as 12 apostles — received the Holy Spirit 50 days after Christ’s resurrection. The disciples were suddenly able to speak several languages and were given the mission of Christ to preach the gospel.

In Germany, the holiday is celebrated with special Pentecostal processions, Pentecostal fires or trees are set up. The Pentecost ox also played an important role in customs. The first time of the year after winter, it was customary to take the cattle to the pasture. For this festive parade, cattle are decorated with flowers, ribbons and cowbells. In Bavaria, people dress in the regional costumes, walk in processions to church and pray for a good harvest. In Frankonia, several hundred horsemen will perform the traditional Pentecostal ride to a nearby church. To this day, Pentecost is associated with certain symbols such as the dove. The wooden dove decorates the church’s Nave, Pulpit or Font. It orginates in the Gospel of John and symbolizes purity peace. In the Palatinate region, the biggest Pentecostal tradition is the billy-goat march in Deidesheim, which takes place on the Tuesday after Pentecost. This 615-year-old tradition begins at 5:30 a.m. at the Friedrich-Ebert-Platz. A document from Emperor Ruprecht from 1404 shows that Lambrecht, a neighboring city of Deidesheim, is entitled to pasture in the Deidesheim Forest. To keep the entitlement, the city of Lambrecht had to pay with a billy goat. In early times, this was the job of the youngest citizens. For this, the billy-goat guide received bread with cheese and a bottle of wine as nourishment for the trip.
Some communities in the Kaiserlautern and Ramstein vicinity celebrate Pentecost or have other events scheduled such as wine fests at Kaiserlautern’s Volkspark, Wachenheim, Oberotterbach, Rohrbach, and Zellertal as well as culinary hikes and tours at Krottelbach and Maikammer.