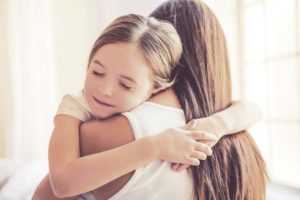 “Thank you Mom.” These three words cannot be said enough and on Mother’s Day we should also express our gratitude in other ways.
In many countries, it has become customary to celebrate Mother’s Day on the second Sunday in May. Mother’s Day originated in the United States. Ann Marie Reeves Jarvis founded a mother’s movement in 1865 and initiated a “Mother’s Day Meeting” where mothers could talk about current issues. Her daughter, Anna Maria Jarvis, called for Mother’s Day on May 12, 1907.
In a church, she organized a devotional to mark the second anniversary of her mother’s death. Five hundred white carnations were distributed to other mothers as a symbol of love for their mother outside the church.
On May 8, 1914, the U.S. Congress called for a permanent celebration and President Woodrow Wilson proclaimed the second Sunday in May, as a sign of love for the mother, as the official Mother’s Day.
Mother’s Day is not a public holiday in Germany, but a highly regarded event that many families traditionally celebrate. Children throughout the world behave extremely well and do something nice such as preparing breakfast, give cards, flowers or handcrafted items and other gifts. Lavish gifts shouldn’t take center stage. It makes sense for a mother to spend this day surrounded by the family. Making time for the mother, listening to her and pampering her should be the focus on Mother’s Day. Mother’s Day is a wonderful opportunity to say thank you for the mother’s caring support.