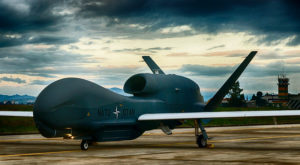 NATO’s Supreme Allied Commander, General Tod Wolters, has declared the NATO AGS RQ-4D remotely piloted aircraft initially operationally ready to conduct missions. This is a major milestone for the program, which will substantially increase the Alliance’s awareness, indications and warnings of what is happening around its borders.

“In November, we recently announced the arrival of the final NATO Alliance Ground Surveillance aircraft in Sigonella, Italy, a significant milestone towards improved sensing of the environment,” said Supreme Allied Commander Europe, General Wolters, during the Brussels-Hub media interview on February 3.

NATO’s AGS system will provide a unique state-of-the-art capability for all 30 Alliance Members, with a platform adapted to meet NATO’s Intelligence Surveillance and Reconnaissance requirements. This will provide NATO decision-makers with valuable information based on a comprehensive picture of conditions on the ground, at any time.

“The declaration of Initial Operational Capability is an important milestone for NATO’s Alliance Ground Surveillance Force and for the Alliance as a whole. The RQ-4D ‘Phoenix’ Remotely Piloted Aircraft is a highly capable system,” said SHAPE Strategic Employment Directorate Commander, Major General Phillip Stewart. “This unique, multinational capability, paired with a team of Allied specialists who process, evaluate, and distribute intelligence, provides NATO decision makers with timely and relevant information. AGS is a win for our ability to better understand the security environment and our efforts to sustain peace.”

The NATO-owned and operated AGS capability enables the Alliance to perform persistent surveillance over wide areas from high-altitude long-endurance aircraft, operating at considerable distances and in any weather or light condition. Using advanced radar sensors, these systems will continuously detect and track moving objects and will provide radar imagery of areas of interest and stationary objects. All 30 NATO Allies will have access to the intelligence they generate.

“IOC represents a culmination of collective efforts across several international organizations. Since its inception each group has played a crucial role to take NATO AGS from concept to reality,” said NATO AGS Force Commander Brigadier General Houston Cantwell earlier. “This also demonstrates NATO’s commitment to our collective defense and our commitment to developing cutting-edge technologies and information dominance over our adversaries.”

The aircraft will be piloted remotely from Sigonella in Sicily and will mostly fly within NATO airspace or international airspace. On June 4, 2020, NATO conducted its first training and familiarisation flight with an RQ-4D Phoenix aircraft. Since then numerous sorties have taken place, resulting in the successful collection of air surveillance data, proving the capability of the platform for NATO.