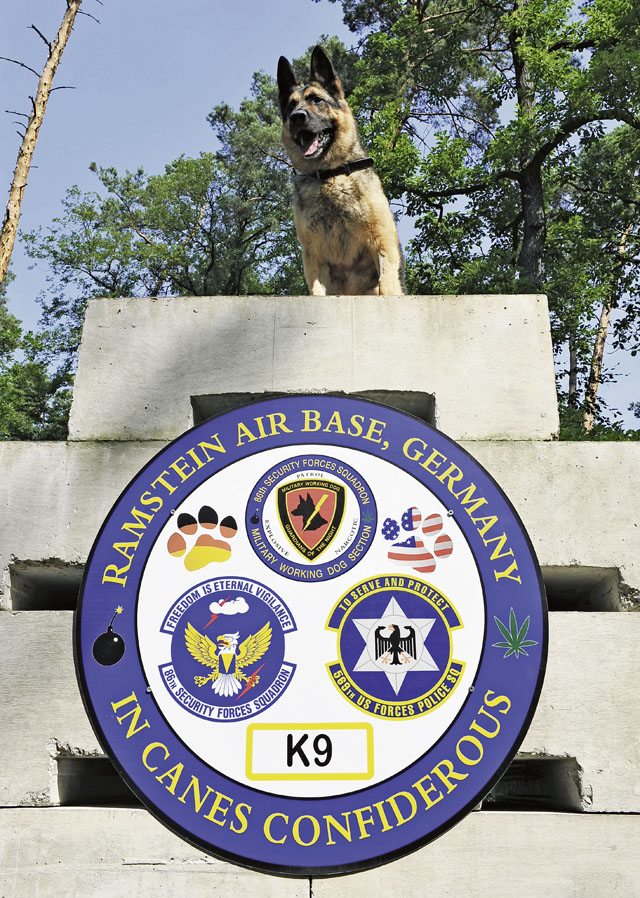 Timo was diagnosed with untreatable cancer and was put down July 18 after giving seven years of his life to the U.S. Air Force as a military working dog.

He became a military working dog in August 2006 after completing patrol detector training at Lackland Air Force Base, Texas. After his training, he was assigned to Ramstein.

This amazing dog has served two tours at Al Udeid Air Base, Qatar, in 2007 and 2008 and one tour at Kuwait City International Airport, Kuwait, in 2010.

When Timo was at home he ensured the KMC was safe and secure by doing outstanding work with his handler. He provided the best detection work for many U.S. leaders, including the president, vice president, secretary of defense, secretary of state and the chairman of the Joint Chiefs of Staff.

His most recent handler was Staff Sgt. Zachery Hons, from October 2011 to July 2013.
“Timo, you will be truly missed. Thank you for your service,” Hons said.