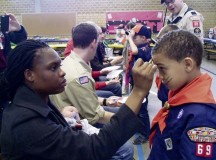 The 2015 edition of the annual Blue and Gold (the Cub Scout colors) banquet at Vogelweh Elementary School commemorated the 105th anniversary of the founding of the Boy Scouts of America and the Cub Scouts program’s 85th birthday, Feb. 22. 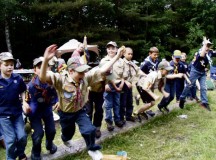 The drawdown made no discernible impact on promotion rates within one local organization: 42 Scouts from Pack 69 embraced new ranks, new roles and, in many cases, new uniforms during a mass “crossover” ceremony held June 1 at Camp Kachina, located just south of Vogelweh. 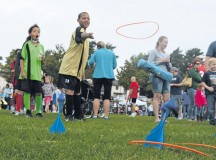 Ramstein hosted its annual Day for Kids event Sept. 7. Ramstein’s youth program and the Boys and Girls Club of America sponsored the day of fun with the purpose of bringing parents and their children together to have a good time.

The Boy Scouts of America will be conducting a Scout Expo from 10 a.m. to 3 p.m. Saturday at the Kaiserslautern Military Community Center in the Army and Air Force Exchange Service main exchange courtyard.

The Boy Scouts of America will be welcomed in their new and improved operations facility Monday. The building has been under construction to fix safety issues and make the facility feel more like a home away from home for the Scouts since Feb. 11. 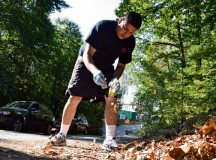