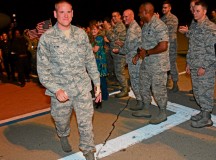 TRAVIS AIR FORCE BASE, Calif. — Airman 1st Class Spencer Stone, the Airman who helped foil a terrorist attack on a train in France Aug. 21, arrived at Travis Air Force Base Sept. 3, with his mother and brother by his side. 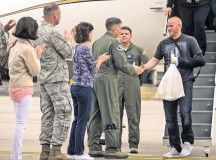 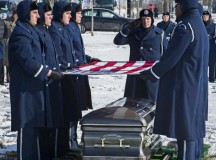